IQ Games Community
Microsoft has revealed that its much-anticipated DirectStorage API for PC will support PCIe 3.0 NVMe drives as well as PCIe 4.0 SSDs. The information came out of a presentation to developers at the Game Stack Live 2021 event—a helpful Redditor who attended posted some of the slides from the talk. The actual presentation should be posted soon, according to this DirectX Developer Blog. 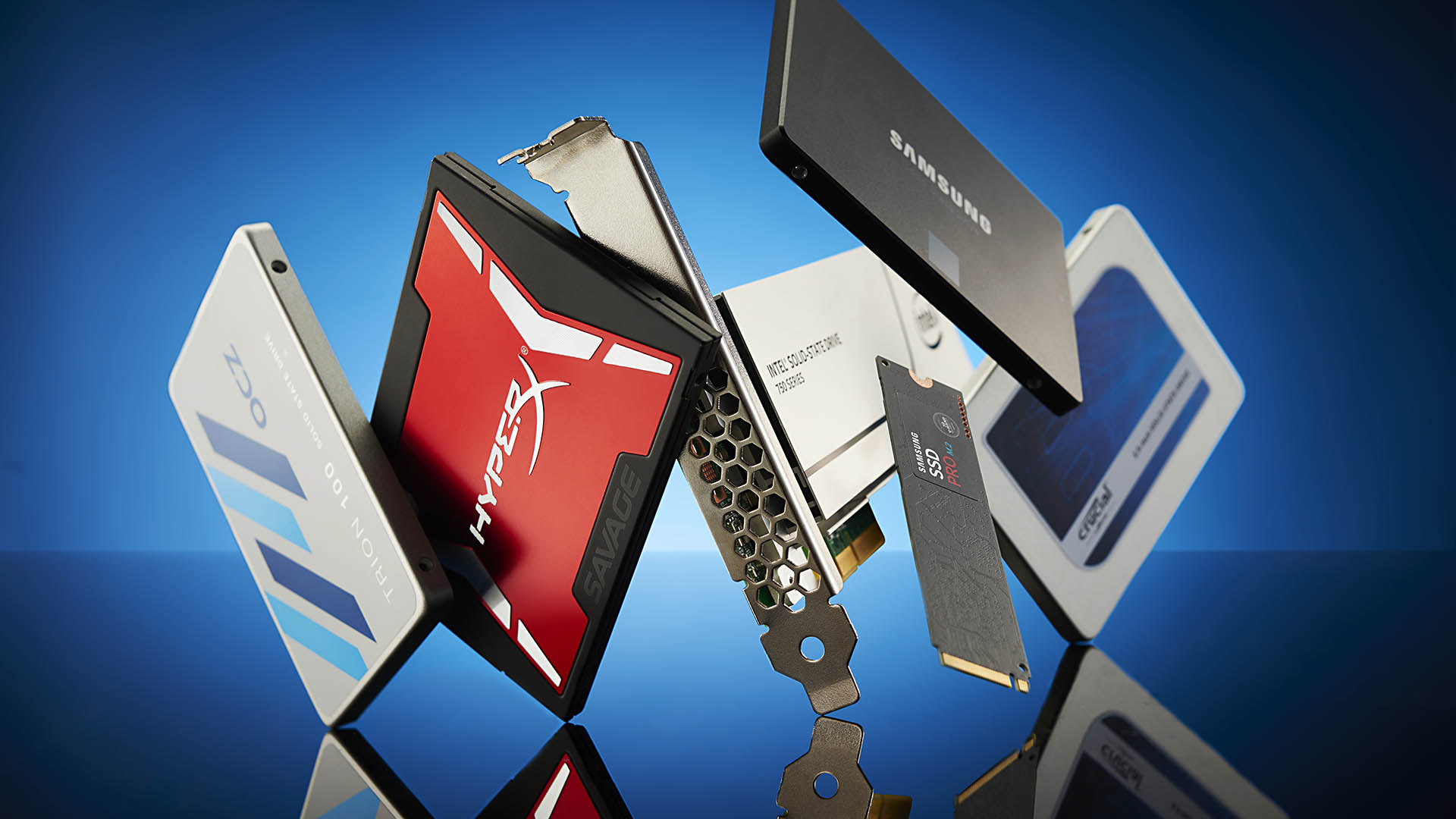 
It was generally accepted that DirectStorage, which streamlines transfers between your SSD and graphics cards, would be limited to the very latest, fastest tech, so this is surprising albeit very welcome news. Note that it won't work with SATA drives though, as they simply aren't fast enough for what Microsoft has in mind.

This is good news simply because there's a much bigger install base of PCIe 3.0 drives—PCIe 4.0 drives were limited to AMD's Ryzen 3000 and 5000 platforms until Intel released Rocket Lake, at the end of last month. A machine running a PCIe 4.0 drive will be faster at transferring data across, which could equate to faster load times, although we'll have to wait and see what games developers make of this. 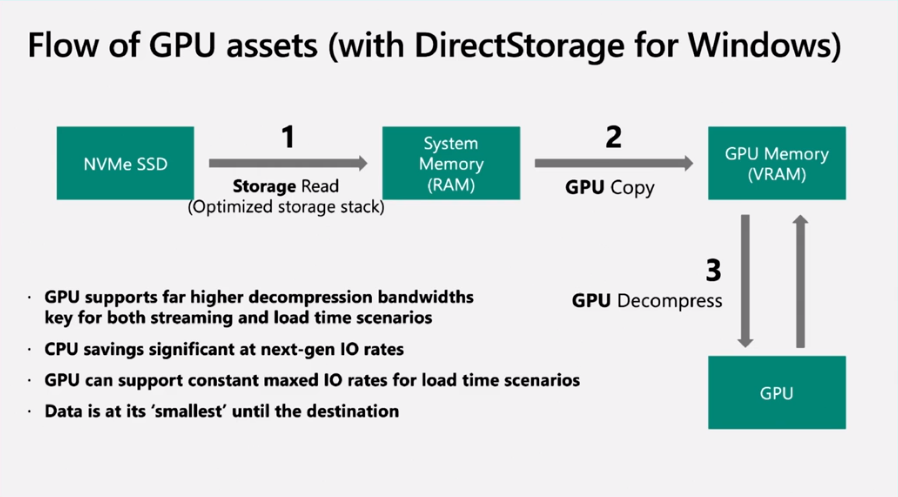 Microsoft DirectStorage is notably different to the concept put forward by Nvidia with its RTX I/O API, in that it copies the compressed data across to system memory before copying to the GPU VRAM. Once in the graphics card VRAM, the GPU can then decompress the data much quicker than the CPU can. Nvidia's solution works in largely the same way, although bypasses the system memory completely, and copies the data straight from the drive to the graphics card.

In answering a question from one developer at the event, Microsoft did say that bypassing the system memory was something it was looking at for the future of DirectStorage.

There are no specific details about what hardware is supported by DirectStorage, although Microsoft has said all DirectX 12 compatible hardware will support it, although DirectX 12 Ultimate supporting hardware will be faster. So if you have managed to get hold of a reasonably up-to-date graphics card, you should be in a good place to benefit from the improved way of accessing data when it makes its way into Windows.

Microsoft DirectStorage is due to get a limited developer preview this summer, with a full release expected before the year's end. It will take game developers some time to implement it into their games, although the fact it is up and running on the Xbox Series S/X means that any games that make use of the API there, should port across fairly easily.​
متابعة القراءة...
يجب تسجيل الدخول أو التسجيل كي تتمكن من الرد هنا.
شارك:
فيسبوك تويتر Reddit Pinterest Tumblr WhatsApp البريد الإلكتروني الرابط
أعلى أسفل