IQ Games Community
The Corsair K70 RGB TKL Champion Series might be the keyboard that makes me finally appreciate what ten-keyless keyboards have to offer. I've reviewed 65 percent keyboards and enjoyed the novelty, but it turns out I like some extra keys at the end of the day. And TKL boards are the logical mid-way point between awkward 65 percenters and full-size keyboards.


But first let's talk about what sets apart Corsair's Champion Series from other competitive mechanical gaming keyboards: The Tournament Switch. It's a teeny switch on the back of the keyboard that disables macros and resets the keyboard to its default factory state.

The idea is that an official, or ref, or gaming constable in a tournament setting can quickly see that you aren't up to any macro-based shenanigans. The detachable braided USB Type-C cable makes for easy travel, though I wish it came with some sort of cover for the keyboard like ROG Falchion has.

Its design is similar to the full-size K70 RGB Mk.2, so there are no surprises there; Corsair has essentially been making the same keyboard since 2013. The black matte finish and aluminum frame are there, along with the PBT double-shot backlight compatible keycaps. The big difference is the lack of ten number keys on the right, and it turns out it didn't bother me as much as I thought it would.

I'm not the most proficient typist. I usually hit 80-85 wpm when I'm adequately caffeinated. With the K70, I was hitting around 87wpm, according to my usual typing test.

The PBT double-shot keycaps are great-feeling keys for typing, so it's easy to get a bit revved when tip-tapping away. The Cherry MX Red mechanical switches are satisfying linear switches that are consistently great to type on. 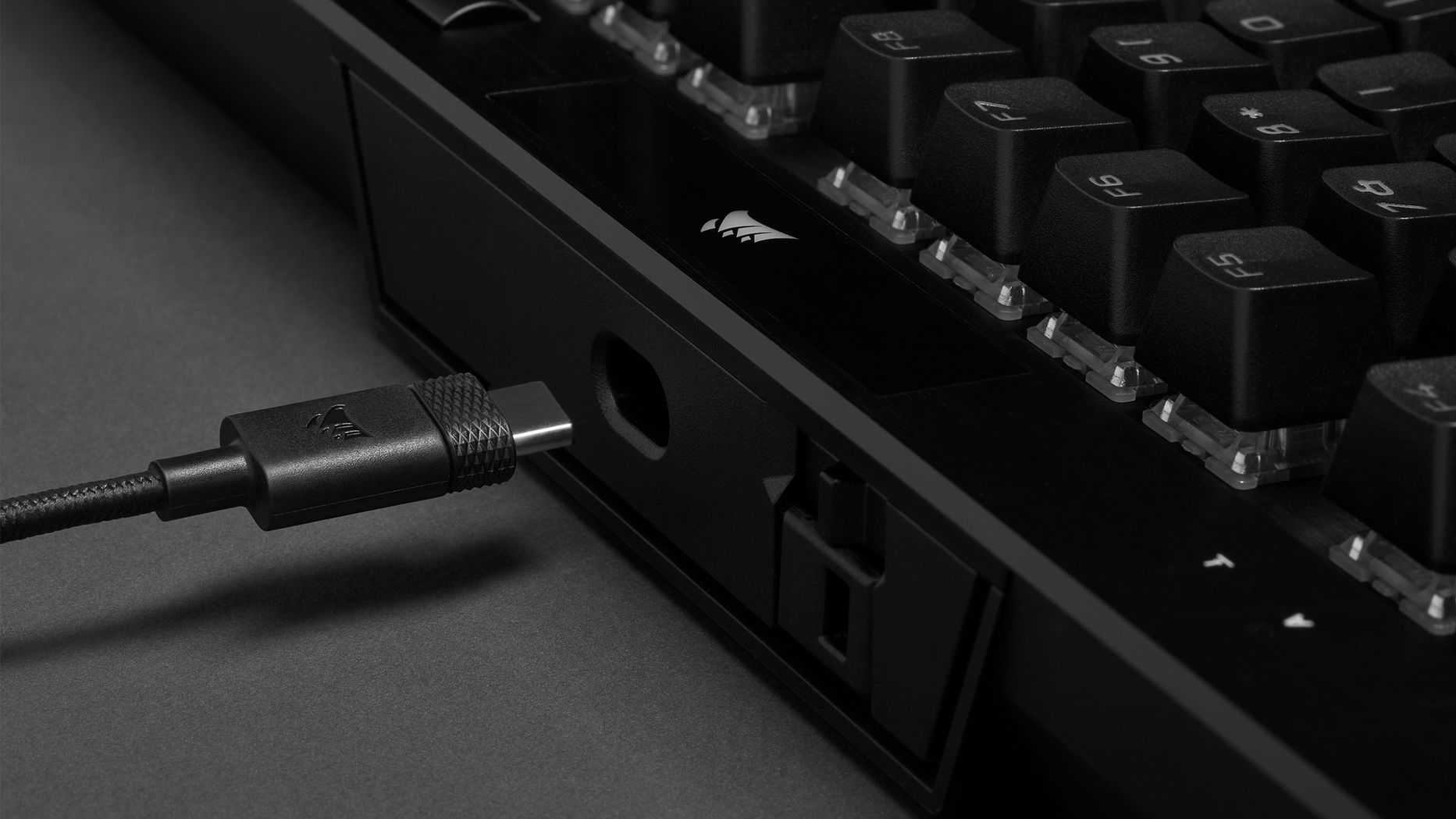 A look at the Tournament Switch (Image credit: Corsair)

Corsair sent over Red, White and Blue replacement PBT keycap kits, so I decided to spruce up the look of the K70. The replacement kits come with silicone O-rings to soften the sound and feel of the keystrokes. The kits cost $30 each, but honestly, there are worse things you can spend your money on.

The K70 boasts 8,000Hz Hyperpolling (double the Corsair K100), which in practice didn't quite feel like a big difference in the few matches I played in Call of Duty Warzone and Apex Legends. What does 8,000Hz Hyperpolling do? The short version is that it decreases the time it takes for keystrokes are detected, translating into faster actions on screen. In reality, Hyperpolling feels like one of those things where the numbers are impressive, but the real-world benefit is debatable.

You have access to a dizzyingly high amount of customization options via ICUE software for both setting macros and RGB lighting. You can select different RGB effects for individuals or sections of keys. I opted for setting up a profile for lighting up WASD and 1-6 keys. Combined with the colorful replacement keycaps, it does feel like my K70 keyboard. Though it does take some time to figure your way around the software, it's worth it. 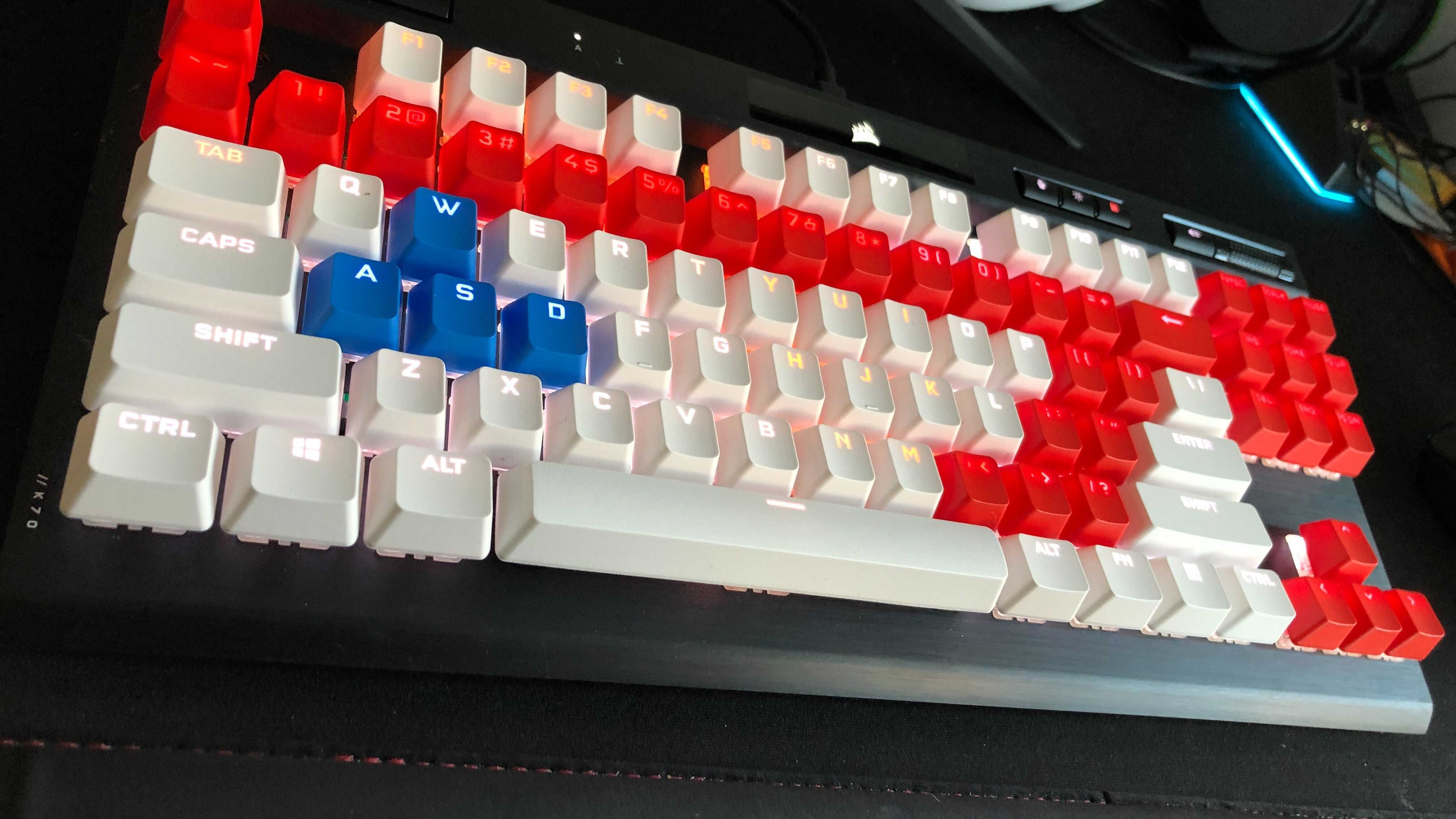 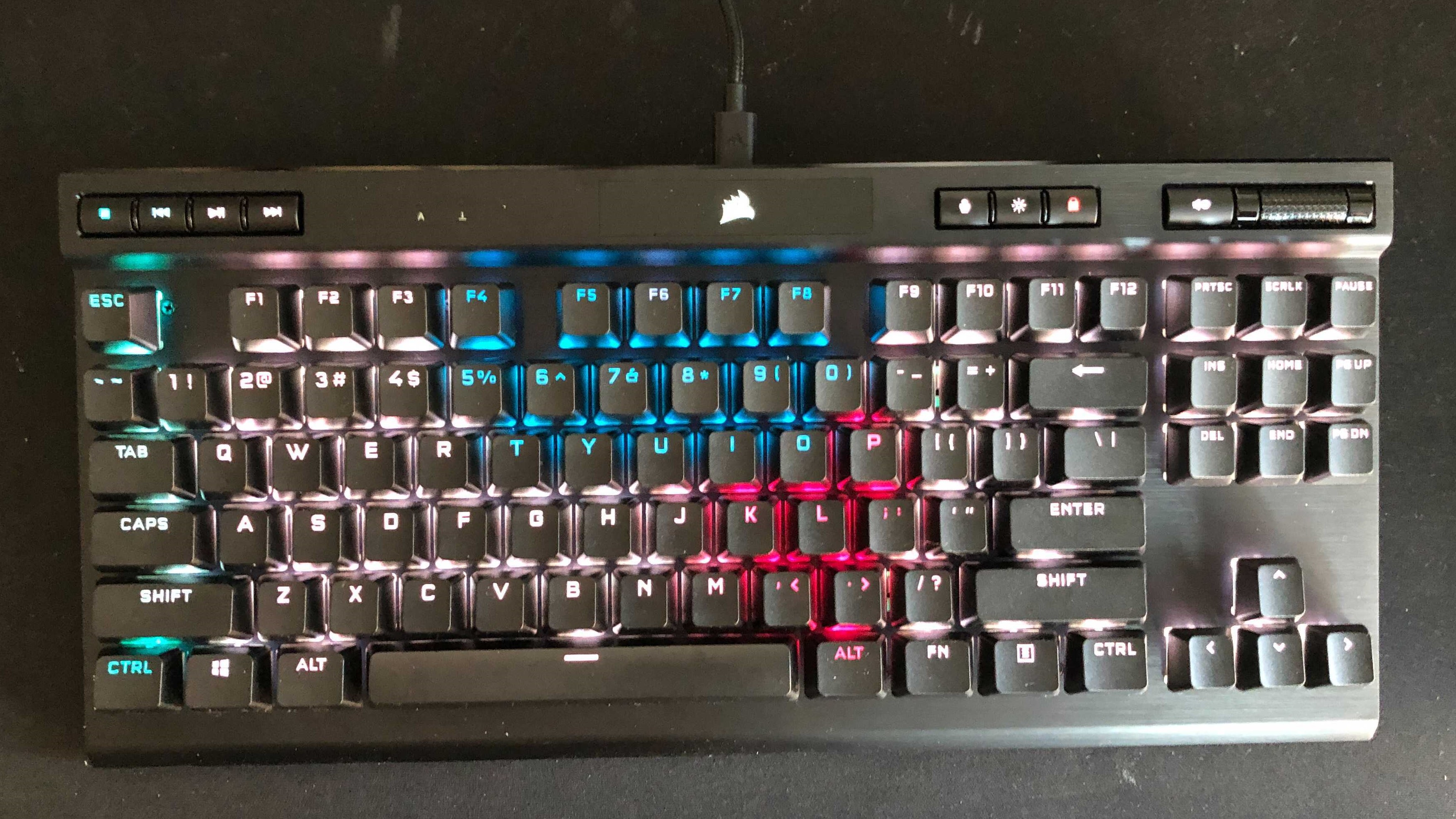 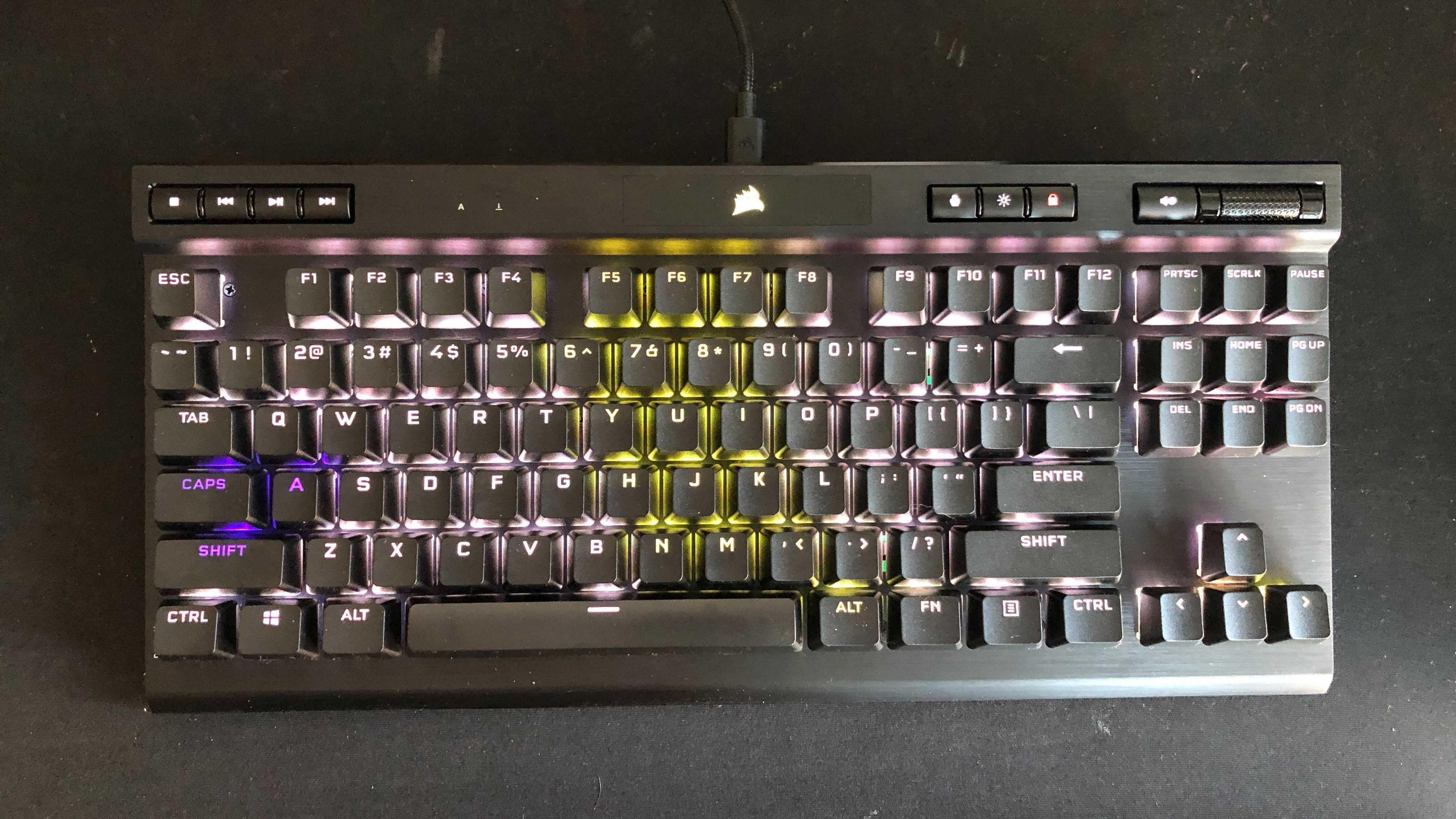 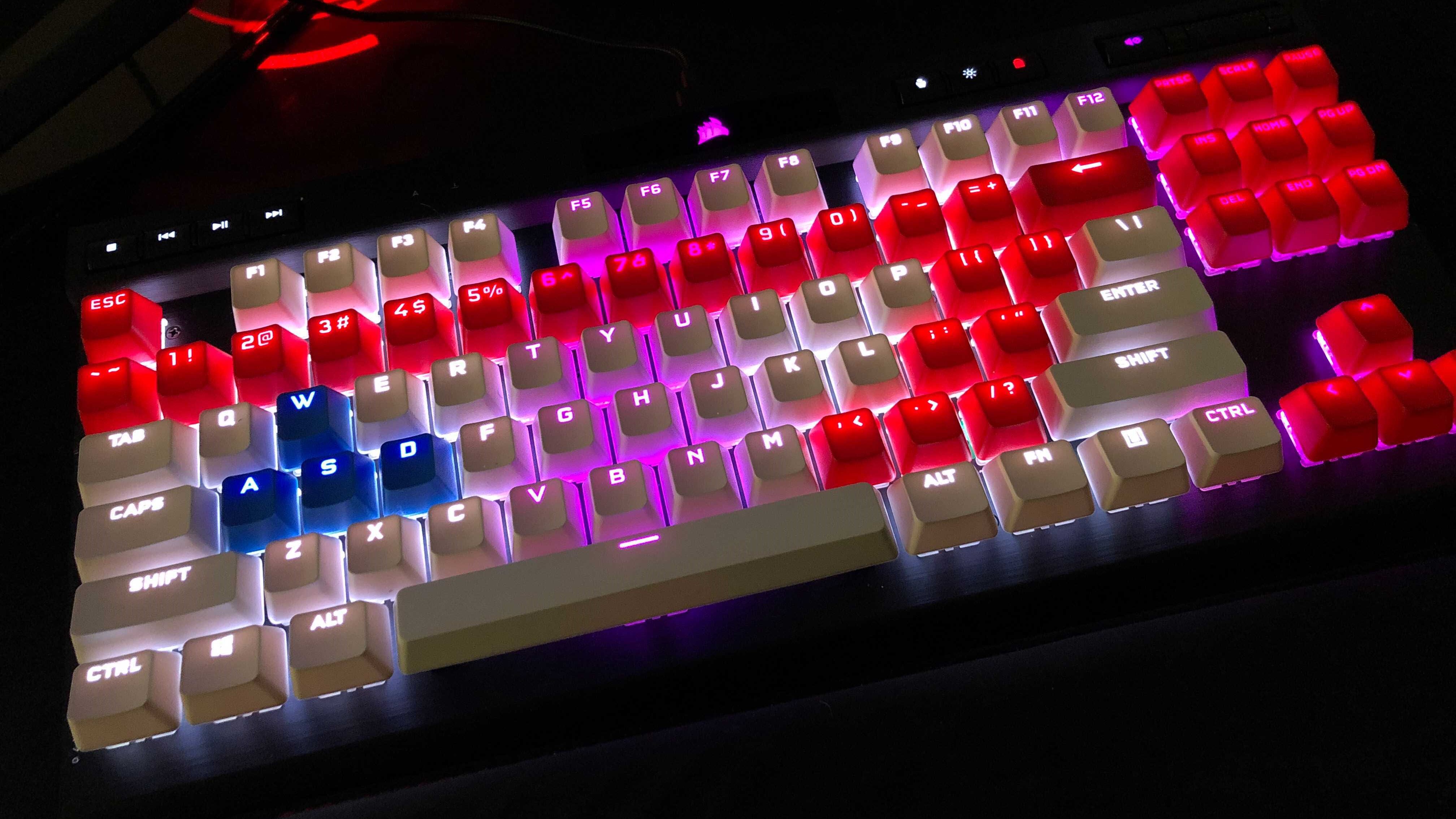 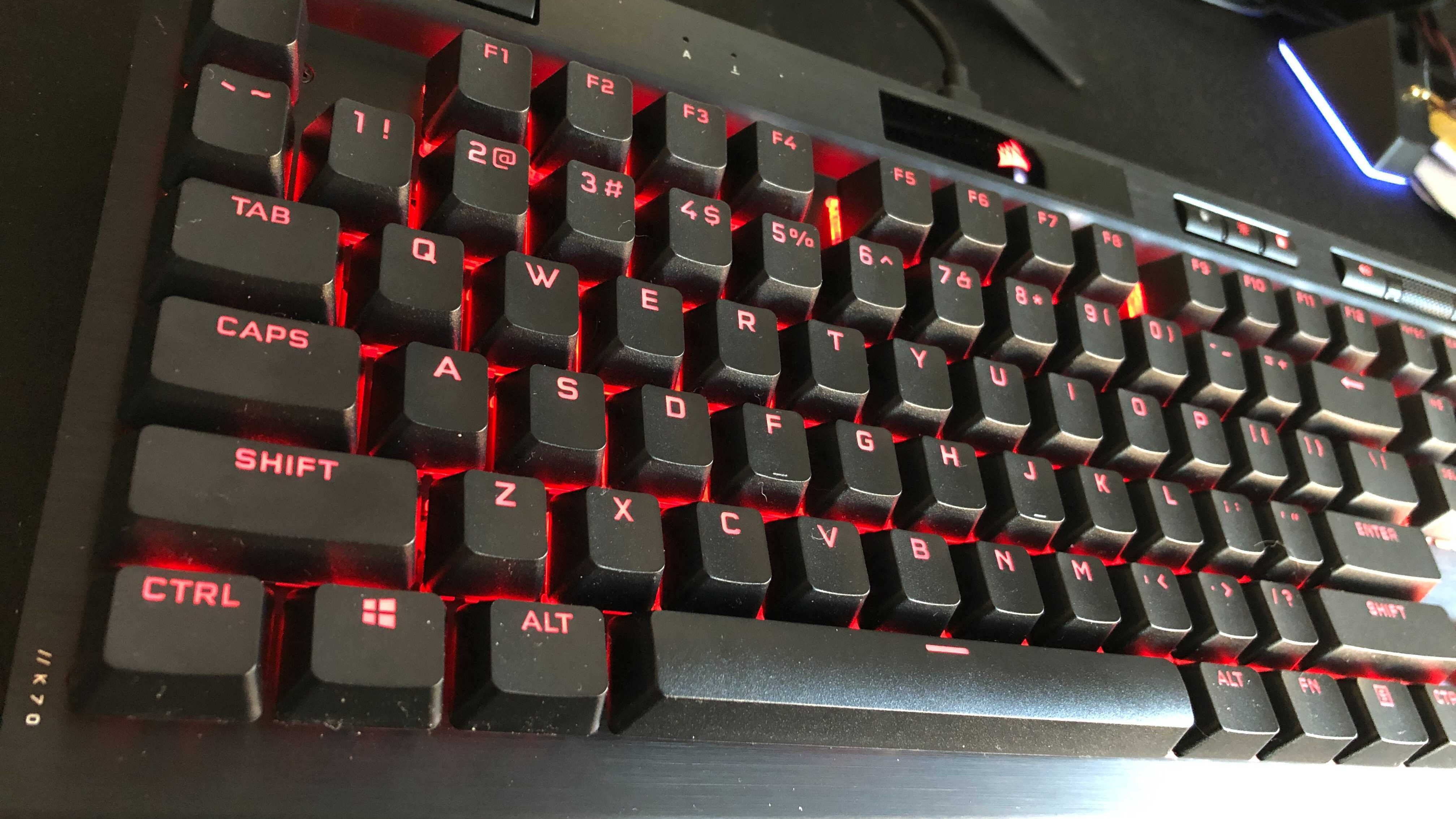 One thing I noticed was being able to toggle off the Win key and Alt+Tab from inside the Performance options. Great for those of us who tend to accidentally alt+tab out of games when things start to heat up. Though I'm curious as to why hitting the Tournament switch didn't do this automatically; a competitive setting seems like time you don't want to have a misclick.

The Corsair K70 RGB TKL Champion Series is a great keyboard. So much so that it may be turning me into a TKL convert. But the $140 price point does feel a bit too high, considering you could pick up the full-sized version of this keyboard for an extra 20-30 bucks... assuming you don't care about the 8,000Hz Hyperpolling or Tournament Switch.