Feed Super Mega Baseball 3 Review – Its Own Brand Of Baseball 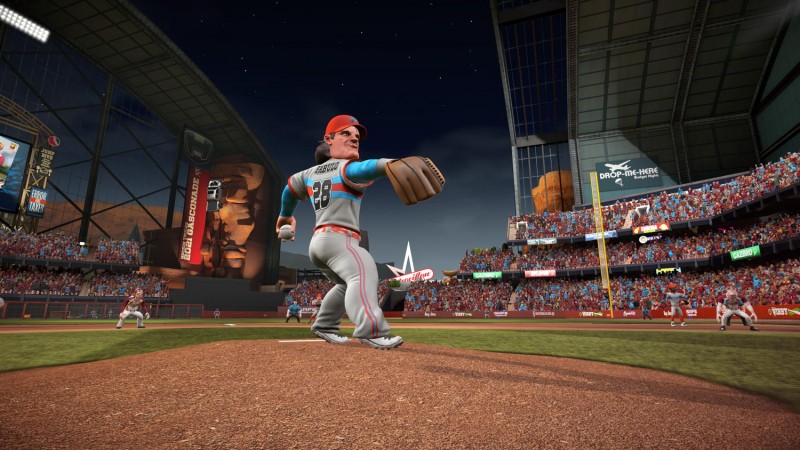 
The Super Mega Baseball franchise doesn’t have all the bells and whistles of a long-running series created by a company with deep pockets. That said, Super Mega Baseball 3 not only delivers solid gameplay that sticks close to the fundamentals and nuances of the sport, it also adds a dash of style that’s all its own. People think of tradition when they think of baseball, but that doesn’t mean you can’t do things a little differently to still give fans a good representation of the sport.

The age-old battle between pitcher and batter is very much alive in Super Mega Baseball 3. Pitching is particularly important to master; it consists of matching your pitching reticle (on the left analog) to a second moving reticle in the batter’s box. Even on medium difficulty (more on this later), nailing your pitches to paint the corners and avoid serving up juicy meat for batters can be difficult – especially when your pitcher has decreased stats because their stamina is low or because they’re tense due to their performance.

Sometimes you barely hang on to pitch another inning. Other times, you walk a batter and give up a few runs, which leads you to dip into your bullpen unexpectedly before sending it into a full-on death spiral only four or five innings into the game. I like that I started to have success not only by getting better at the physical act of matching the pitching reticles but because I started to pay more attention to my pitcher’s own strengths and weaknesses. For instance, if I had a good amount of stamina and velocity but not a good command of junk pitches, I had a better time if I threw power fastballs more often than trying to get the batter to swing at my not-so-accurate curveballs – even if that meant throwing less variety of pitches overall. It was simply the risk I had to take given my pitcher. Also factor in individual positive and negative traits, and Super Mega Baseball 3 can give you all you can handle, or not if you prefer, thanks to customizable sliders for fielding, batting, pitching, and player speed.

Upgrading your squad in the new franchise mode can be a lot of fun, and while the mode restricts some of the ways you construct your roster, at least developer Metalhead is giving you its own take on a mode that sports gamers are more than familiar with. Player development opportunities (PDOs) are a big part of the mode. They sound like performance-enhancing drugs – and sometimes that might be true – but they’re actually skill boosts you can buy to permanently affect specific players’ attributes. The twists are which ones can be purchased, how long they are available for, the extent of their effects are random, and they can come with negative traits. Furthermore, the money you generate to buy PDOs is tied to your payroll. The less you spend on veteran players with high salaries, the more you can spend on PDOs to develop new talent. It’s a nice tradeoff that keeps teams in check while still letting you build your roster in different ways.


The downside of the franchise structure is that dropping and adding players to your roster is one-to-one, so to add a new third baseman, for example, you can’t drop the salaries of two lesser players to afford the single new acquisition. Also, pitchers must replace pitchers, and fielders must replace fielders – another restriction that stops you from being creative with your roster. Despite these stipulations, in a broader sense, I respect that the game isn’t trying to be a hardcore baseball simulator; things like offering your pitcher named Reef Sandwalker a teeth-whitening PDO for more velocity puts a unique spin on the mode.

Super Mega Baseball 3 could use some tweaks to its gameplay, such as the automatic triggering of small defensive animations to prevent your player from getting turned around on a routine fly ball or missing an easy tag, for example. But on the whole, it provides solid gameplay in a fun, stylish wrapper. Add in the series’ own touches, such as extensive customization options, cross-platform online play, and the abundance of co-op (online or off) opportunities, and you’ve got a game that makes an already-familiar sport stand out. 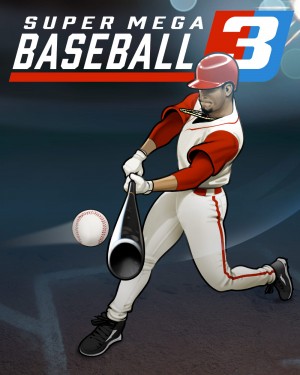 
Summary: The game delivers the baseball fundamentals with its own sense of style.

Concept: Add a franchise mode and more adherence to real-life rules (such as the dropped third strike) to an already-solid baseball experience.

Graphics: The colorful, matte art style still shows off some detail such as the dirt at the plate and the background crowds.

Sound: Stadium announcers read off some funny advertisements if you turn down all the other audio sources, which is fine to do as you’re not missing a lot during games.

Playability: Despite the game’s arcade look, the pitching and hitting are nuanced, and can be challenging as you scale up the custom difficulty sliders.

Entertainment: I enjoy this game for what it does on both the casual and hardcore fronts, which is not an easy line to walk.