Feed How to get The Lament in Destiny 2

IQ Games Community
Need a hand with the Destiny 2 Lament quest? As is becoming tradition with Destiny 2, something really cool unlocks after the first group in the world completes the raid. Following the completion of the Destiny 2 Deep Stone Crypt, a new exotic was released into the wild and with there’s some tasty lore.

So, what is the Lament? How does it work? How do you get it? And is there anything else you need to know? Well, strap in because we are about to tell you everything you need to know about the Lament exotic sword, including all the quest steps and Destiny 2 Dead Exo locations. 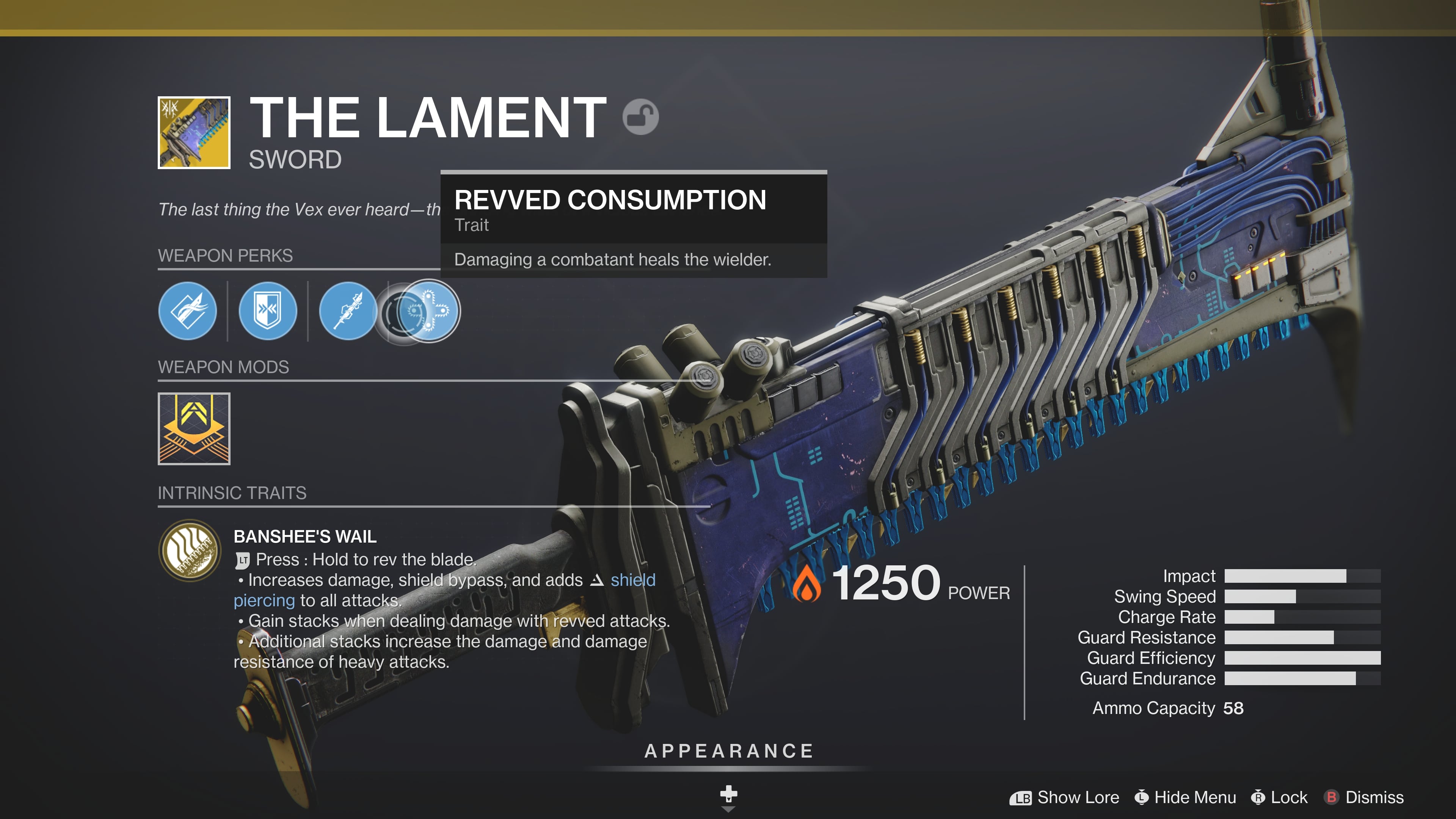 (Image credit: Bungie)
What is the Destiny 2 Lament exotic?


The Lament is Beyond Light’s exotic sword. It is unlocked after completing the Destiny 2 'Lost Lament' quest. The Lament is a solar sword that can rev up its damage with the Banshee’s Wail perk. The sword gains additional stacks of Banshee’s Wail after dealing damage with revved attacks which further increase the weapon’s damage. Basically, this thing HURTS.

It also heals the users with the Revved Consumption perk when damaging a combatant, allowing you to stay in those close range fights a bit longer. It does come with a downside, however. Due to the Jagged Edge perk, the Lament uses more sword ammo than other swords. Even then, it’s worth the concession and you can always chuck on a good few Sword ammo perks on your ammo to make sure you have enough to swing with.

How do I unlock Lament in Destiny 2?


The Lament is unlocked by completing an 11-step quest line called 'Lost Lament'. You will receive a notification after logging in to Destiny 2: Beyond Light for the first time after World’s First completion. To start this quest you will need to visit Banshee-44 in the Tower. After talking to Banshee-44, you will then be able to progress with the quest. 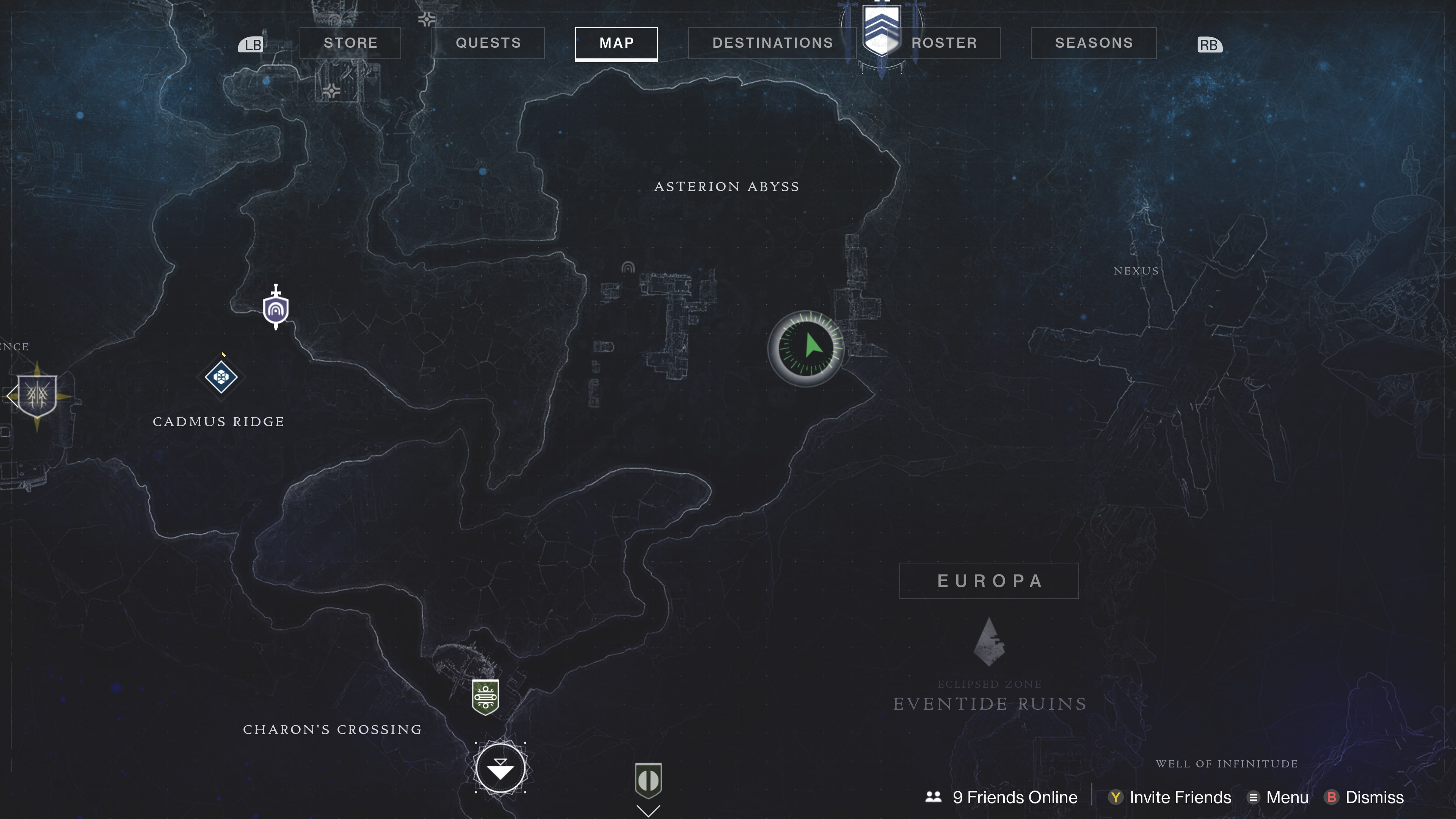 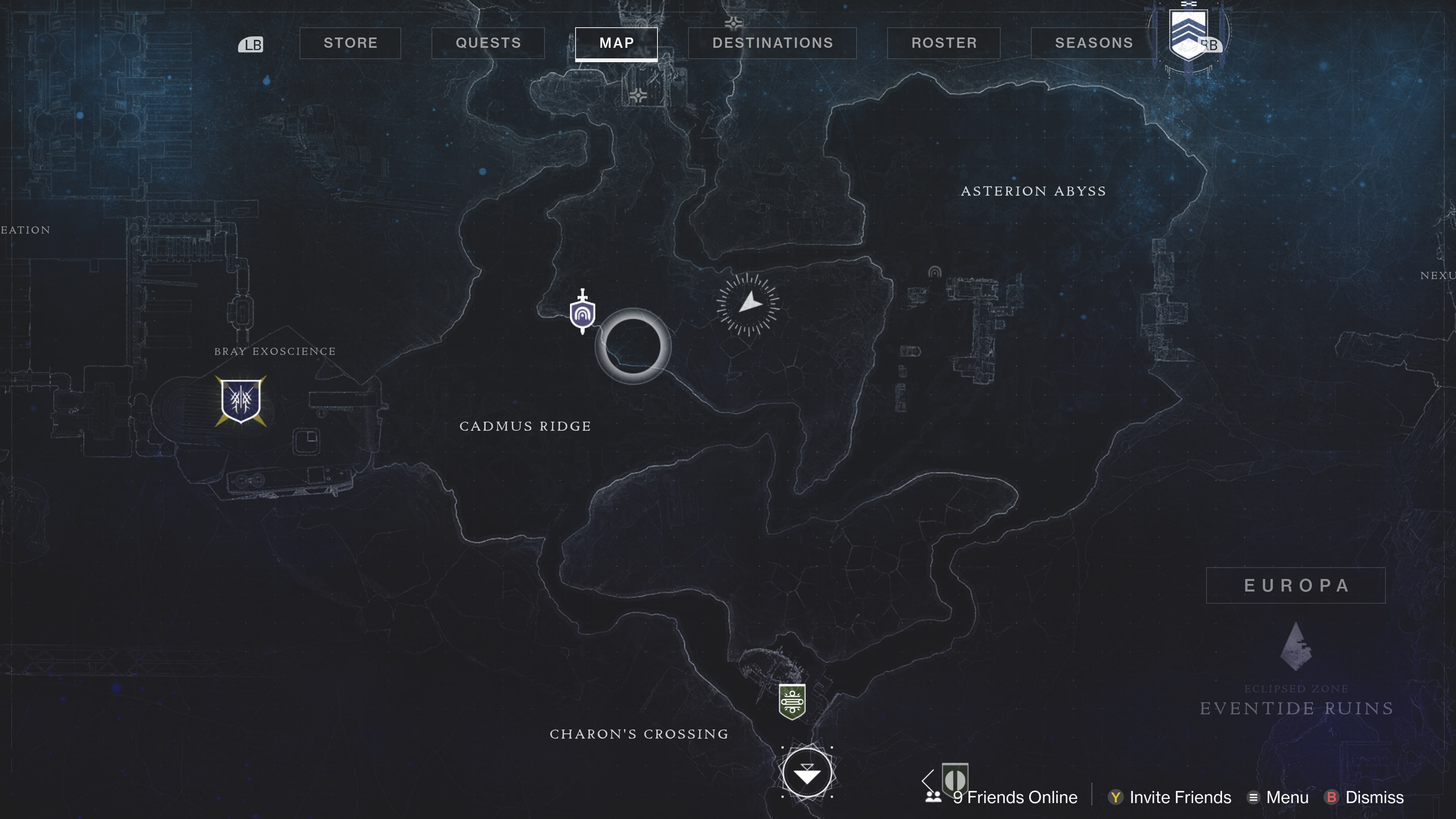 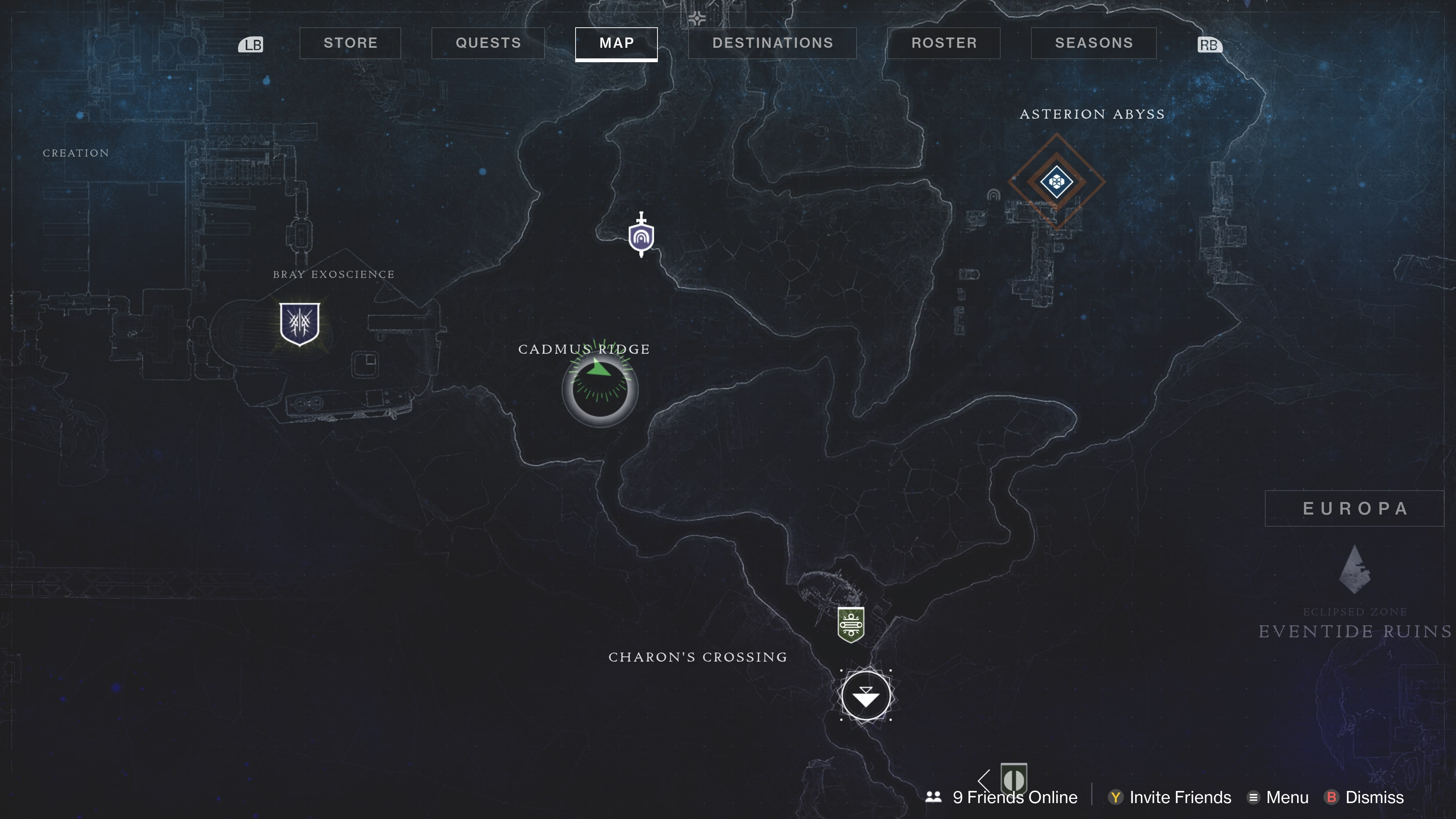 
There are plenty of Exos located throughout Europa, with a total of nine scattered throughout the area. Thankfully, you only need to find three. The three locations I found them in were:


Once you’ve found three Exos, you will be provided with the next step of Lost Lament.

Find the Destiny 2 Giant Exo in the Exo Facility


The next step requires you to locate the Exo Facility within Bray Exoscience. As you enter the area, look towards the right and up to the offices. A new door has now opened in this area. Enter the area and continue to follow the linear path until you enter the room with a giant Exo head. Approach the head and talk to it to receive the next quest step.

Kill Vex with a Sword 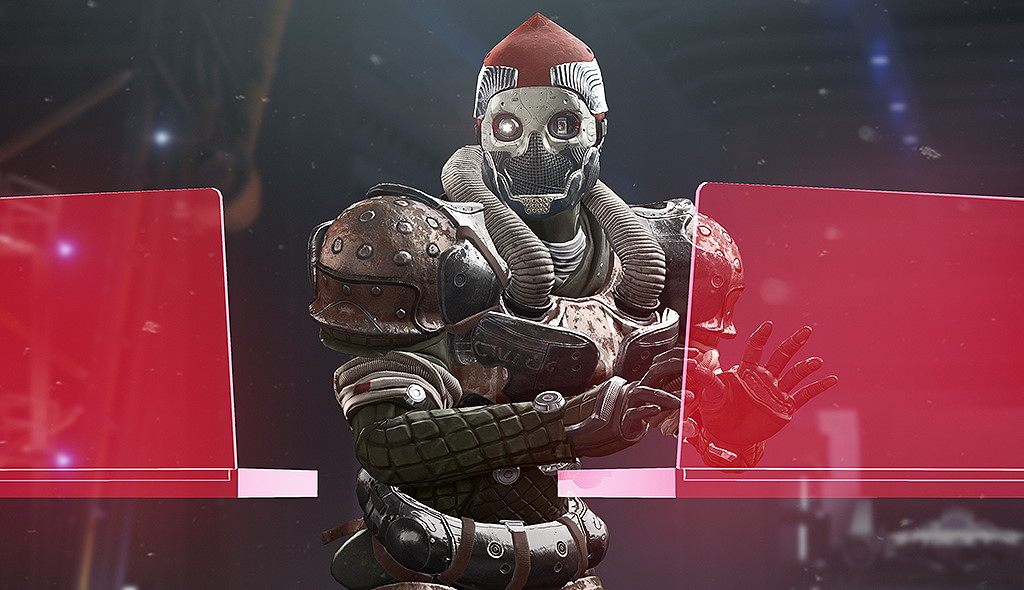 
The next step is fairly self-explanatory. You need to get 100 Vex kills with a Sword and you also need to kill 20 Minotaurs, Cyclops, or Hydras with a sword. The best area to farm this is by completing the Destiny 2 Perdition Lost Sector in Cadmus Ridge, as well as the Vex that frequently spawn outside. With a bit of luck this should take five or six runs, if solo'd.


This step is probably the longest in the questline if you haven’t yet completed it already. The missions can be obtained from Variks and Zavala after the completion of Destiny 2: Beyond Light’s campaign. If you’ve already completed this quest, you will skip this step and move on to the next.


Exo Challenges are initiated through Variks. In this instance, you will need to complete the Old Secrets, New Challenges mission provided by Variks. It can be found in the same offices you walked through to get to the Giant Exo.

The Old Secrets, New Challenges mission requires players to complete a jumping puzzle and a boss at the end. Due to the extreme weather, Guardians must shield from the cold next to the torches. If the Biting Cold perk goes to high, players will die. It’s also possible to reduce the debuff by killing the Vex on the way to the top and collecting the red motes they drop. The red motes do not reduce your debuff entirely, but they will help you in the longer stretches of the mission.

Defeat Vex with Finishers on Europa


While this part of the quest can be completed anywhere on Europa, there’s one particular Lost Sector that will net you the most finishers. Looks like it’s time to go back to Perdition, again. Head to Cadmus Ridge and do your thing. It should take two solo runs of the Lost Sector to complete this quest step.


The next step requires players to head to the Glassway strike on Europa. It doesn’t need to be a playlist version of the strike or a Nightfall, so you can just boot this up from the Director. Simply complete the strike and one of the Vex in the final area will drop the pieces.

Head back to Banshee-44


After you’ve found the Destiny 2 Blade Pieces, you will need to return to Banshee-44 to progress the lore of the blade and start to reforge it. All you need to do is speak to your pal in the tower and he will give you the next step of 'Lost Lament'. 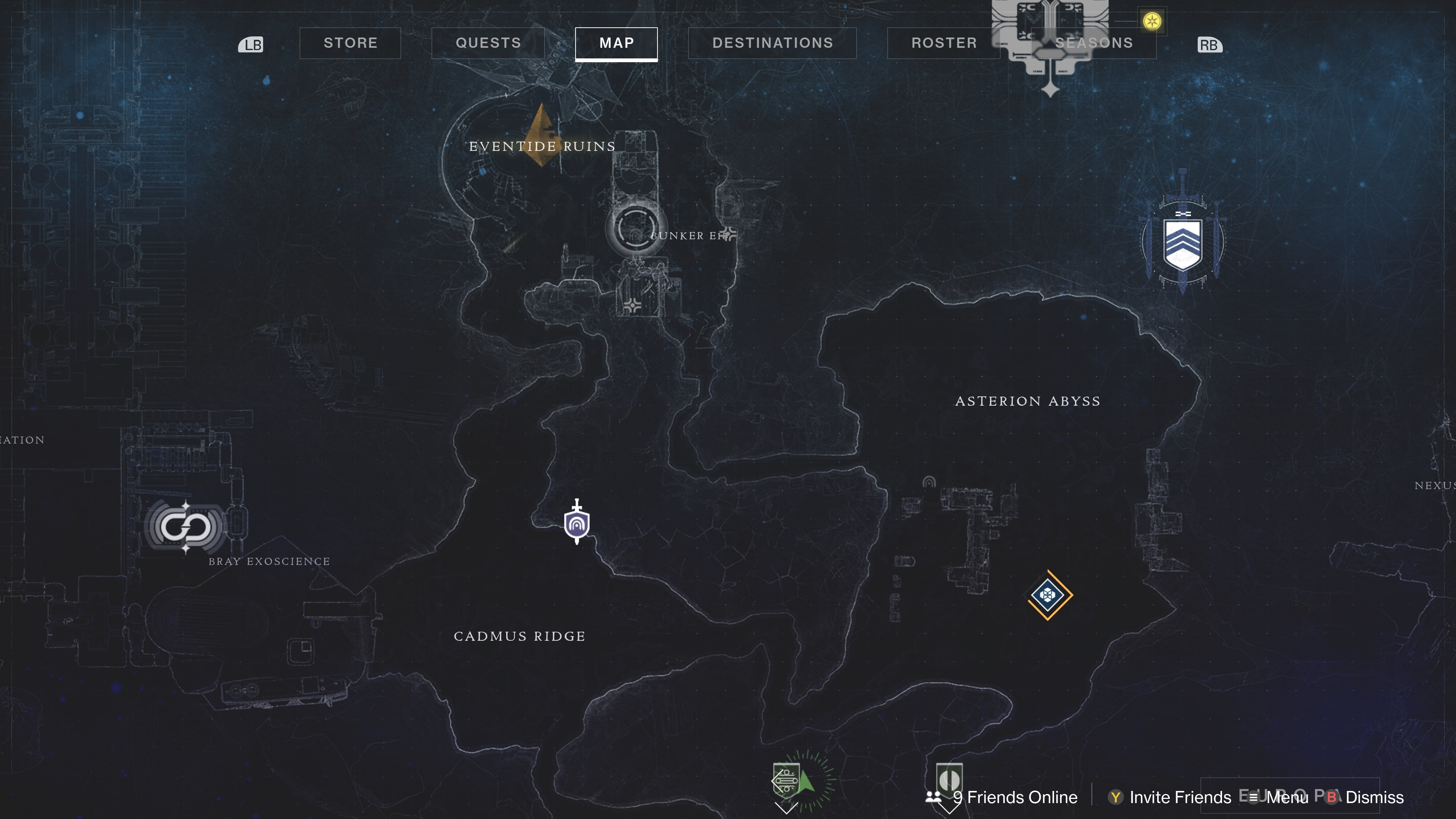 
The so-called Abandoned Bunker is anything but abandoned, and it’s the Bunker E15 Lost Sector in A. Bunker E15 is absolutely packed with enemies and you’ve got to clear them out. After you kill the boss and loot the cache in the Lost Sector, you will receive some blueprints for the Lament and progress onto the next step.

Rescue the Giant Exo in 'Reforging the Past'


As you finish the Lost Sector, you’ll be contacted and notified that the Giant Exo is in trouble. Head outside, pick up the quest, and fight your way back to the Giant Exo in Bray Exoscience. The mission will mirror that of the initial discovery of the Giant Exo and culminate in a standoff at the Giant Exo as you forge the Lament. After all the Vex have been vanquished, you will receive the Lament and be prompted to return to Banshee-44 in the Tower to complete quest.