Feed Which game would you like to see get a big boost from popular streamers?

IQ Games Community
Rust has been a popular game for ages, typically hovering among the top games played on Steam. But it's been smashing through its own playercount and viewership records since the beginning of the year because some of the biggest streamers on Twitch have been playing it together.

Fall Guys, Among Us, and Phasmophobia are other recent games that got a big boost from drawing the attention of big-time streamers. Now we're wondering what game will be next, and what game should be next?

That's our question this week: Which game would you like to see get a big boost from popular streamers? Maybe it's a game you love and want to see get more popular, or a fading multiplayer game that could benefit from having more people crowding its lobbies. Or maybe it's just a game you'd like to watch your favorite streamers play. We've got answers from some our staff below, and feel free to add yours in the comments. 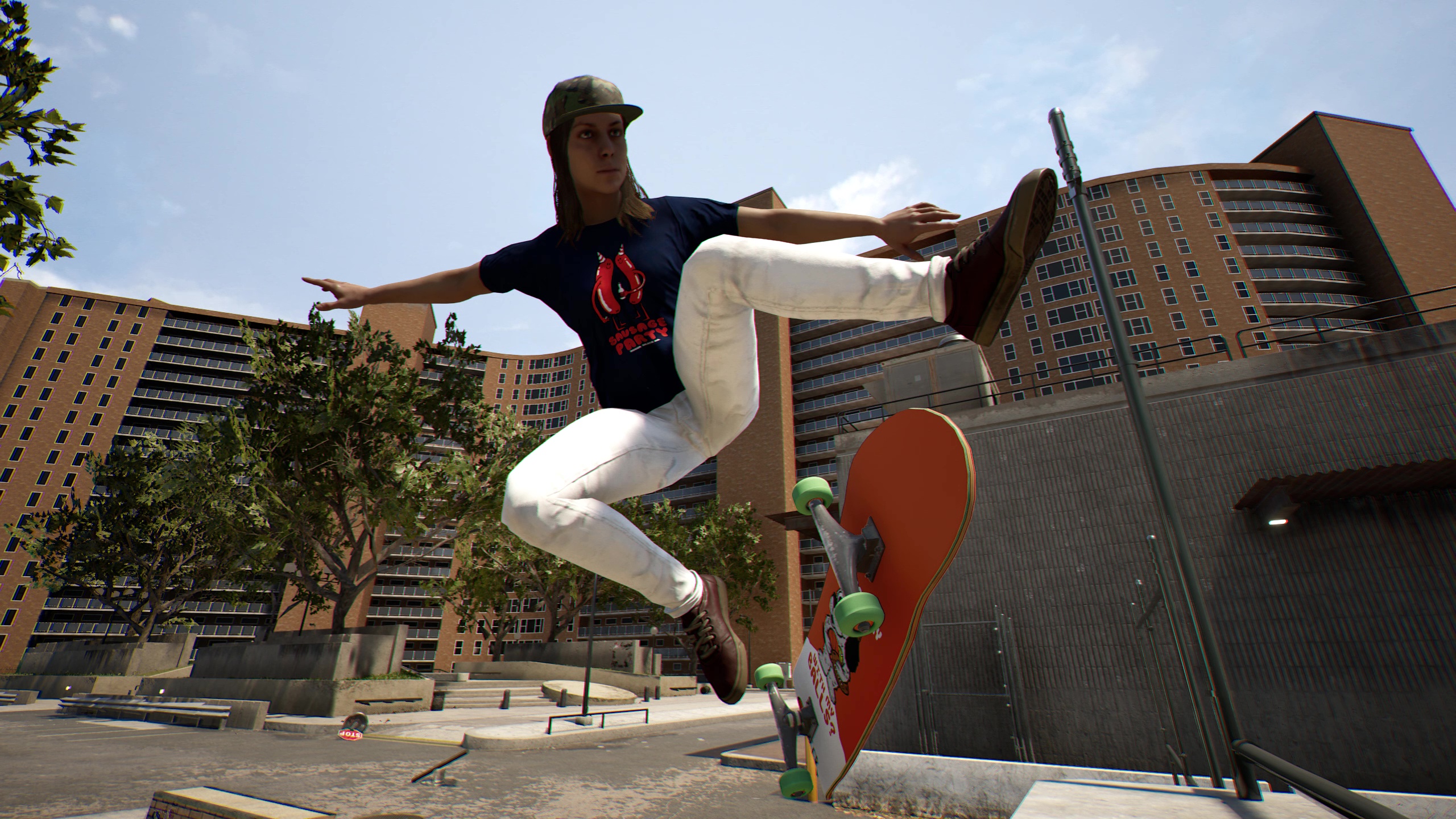 It'll probably take a few more updates (some official custom level support would go a long way) but there's no reason why Session couldn't reach the same highs as Skate. It's a much more realistic skating game than Skate, but you can drop the flip timing and manual landing and foot-mapped joystick controls for classic Skate controls. Paired with Session's excellent physics, getting even better with a physics + animation rework dropping soon, and you've got the best feeling skateboarding game, easily. Multiplayer support, more levels, a killer soundtrack, and some fun ragdoll physics could really make it the next big skating game, assuming the right streamers play it. There's already so much going on in the Session community too, from goofy mods (I love this horrifying Tech Deck fingers character skin) to skate videos that look and sound as some of the classics from the '00s. Imagine if there was some real momentum behind it.

Morgan Park: Beyond The Wire

Developed in the same framework as the tactical military sim Squad, Beyond The Wire is the first multiplayer World War 1 game to fully embrace the technological limitations of the early 20th century. Firefights are nasty, lethargic struggles to squeeze a shot off before the guy across from you. More often than not, missing means rushing in for a melee kill with your bayonet. It's loud, intense, and can manufacture memorable moments in a way that makes it perfect for streaming. Unlike Squad, it drops you straight into the action and doesn't require meticulous planning to get things done. The Shrouds of the world should give it a real shot.

The digital adaptation of board game Mysterium has been the surprise hit of my pandemic-era multiplayer gaming sessions. It's a co-operative game in which one player is a ghost, trying to clue a team of psychics into the who, what and where of their own murder. Crucially the ghost is not allowed to talk to the other players. Instead, they communicate with cards—selected from a random draw of eight—that are meant to represent a specific person from a list of suspects. The cards are fascinatingly abstract: a centaur in a top hat drinking tea; a fat rat on a chessboard; a giant purse shooting coins at a fleeing crowd. They are incredibly open to interpretation, which leads to misunderstanding, failure and recrimination. 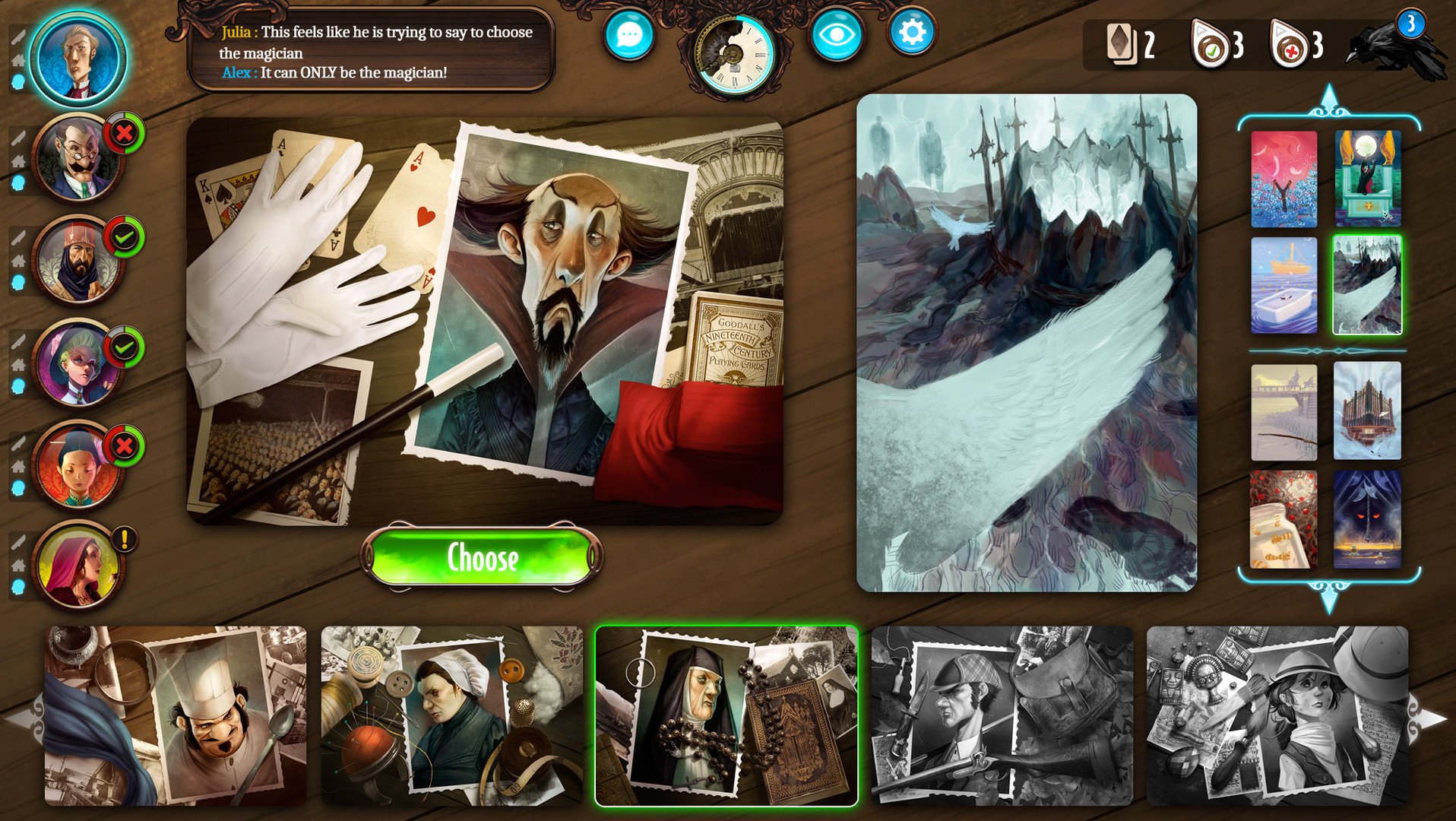 Its cooperative nature means whenever a new card comes in, every player rushes to analyse and deconstruct its meaning. "Do the equations on the chalkboard refer to the headmistress?" "The egg lake suggests a body of water—maybe the bath house?" The ghost is forced to listen as their meaning is missed, or, worse, used as evidence that points to a completely different suspect. Infuriatingly often, someone will make the right connection, but then be talked out of it by another player. This is what would make it such a good game for streaming. Among Us thrives not just on the arguments, but the periods of enforced silence in which a streamer can debrief with their own chat. That's exactly the kind of energy Mysterium's ghost role brings, as you scream while muted about how none of these fools have worked out that—obviously—a picture of a man running screaming through a nightmare corridor of living paintings is supposed to represent the endless march of time from which none of us can escape.

Okay, with this suggestion I'm fully back on my bullshit. I admit it. But I'm drawn to the idea of streamers popularizing rich, deep PC games like NetHack that manage to create tense, dramatic, and thrilling moments with nothing but ASCII. It's about the blandest possible thing to look at, but the right streamer could definitely make it work by really buying in and describing what's happening beneath the symbology. Imagine a D showing up on the screen (that's a dragon) and the whole chat going wild. It'd be a good time. 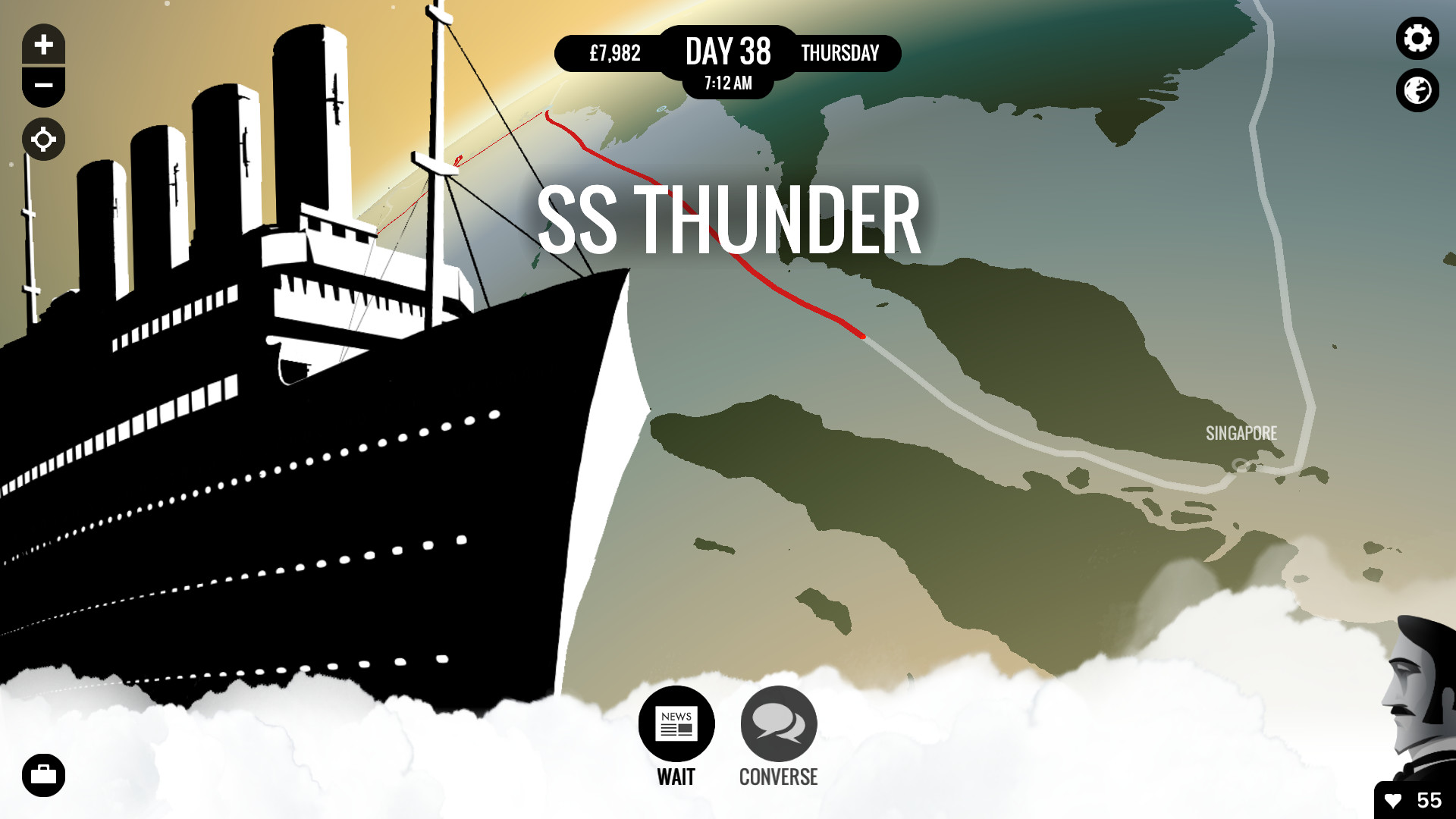 As increasing numbers of streamers are featuring family members, partners and housemates during lockdowns, I'd love to see more attempts at 80 Days—inkle's award winning, BAFTA nominated, Time Game of the Year 2014 adventure game. Not only would it soothe that "we haven't been traveling for a long time" wanderlust by granting streamers the challenge to circumvent the globe in the aforementioned 80 Days, it's also hilarious to watch people argue over their journeys with their dads, purchases with their partners, and solve problems only airship travel in 1872 can provide. It's non-violent, you can involve chat in your decisions, and narratively speaking, Meg Jayanth and Jon Ingold have written a masterpiece. It's super fun to do the voices too.

The version of Gauntlet from 2014 designed by Arrowhead, who gave it the same chaotic co-op sensibility as their other games, Magicka and Helldivers. Like the arcade classic it was inspired by, Arrowhead's Gauntlet was a simple dungeon crawl where the elf can indeed shoot the food you need so badly, but damn if they didn't make it their own. The wizard casts spells with combinations of elements, and though it's not as deliberately confusing a system as Magicka's, you'll still get tangled up because if you hit lightning then fire you cast a short-range zap, while pressing fire then lightning creates an exploding nova.

There's a competitive side to it as well—if you kill a monster wearing a crown you can pick it up to wear, but it'll get knocked off your head if you take a hit. Whoever's got the crown at the end of a level gets a huge bonus to their score, so there's always a scramble when it clinks to the floor. Though nothing special as a solo game, with the right group of people—an entertaining bunch of streamers, for instance—it's a riot.

I've only ever been particularly good at one multiplayer game in my entire life. Half-Life 2 Deathmatch. Man, I was good at that game, flinging toilets and hotel signs into people while they flailed around with conventional weapons. Fools! The gravity gun is the only tool you need. I was at the top of the leaderboard nearly every match.

It was mostly a goof mode and so it never got anywhere near popular—you can only chuck a toilet at someone so many times before the joke gets old. But I loved it and I miss it. It'd be happy to see it make a comeback.​
متابعة القراءة...
يجب تسجيل الدخول أو التسجيل كي تتمكن من الرد هنا.
شارك:
فيسبوك تويتر Reddit Pinterest Tumblr WhatsApp البريد الإلكتروني الرابط
أعلى أسفل