IQ Games Community
Team 5 shared a lot of information about Hearthstone’s future at BlizzConline 2021, but we'll soon have the chance to delve into its past. The Classic format will enable you to play the game exactly as it was, shortly after release back in 2014. That's right, no fancy 'created by' nonsense, or 60+ damage combos: You'll eat your pre-nerf Big Game Hunter, and you'll enjoy it.

But first, here's everything you wanted to know about the Hearthstone Classic (but were afraid to ask).

How the Classic format will work

What is Hearthstone Classic and when can I play it?


Hearthstone Classic is an upcoming constructed game mode in Blizzard's long-running CCG which lets players relive the glories of the past. Much like WoW Classic, Hearthstone Classic offers a completely separate version of the game, played on the June 2014 patch, which is almost exactly the state the game released in with a few minor card adjustments.

Classic Mode's arrival coincides with Hearthstone's transition to a yearly Core Set system in Standard, which means the original Basic and Classic sets (plus the Hall of Fame) will be combined into a 'Legacy' set and moved into Wild. Everyone gets instant access to the Core cards for free by levelling up your heroes. Level 10 on a class gets you their specific cards, and 60 levels in total will grant you the neutrals. As a result, if you've been playing for a while you'll get the whole set immediately.

Classic packs will now add cards to both the Classic format and the Legacy set at the same time. This means that overlapping cards with reverted nerfs will feature as one entity in your collection, so you can't dust your 5-Mana Leeroy Jenkins without getting rid of the original at the same time. Basically, Classic packs remain the way to go for Classic Mode, and the Core set is effectively a freebie.

If you weren't around in Hearthstone's early days, or just preferred the tempo-based play style of vanilla—like yours truly—Classic Mode promises to be a real treat. It also offers us the opportunity to do better than we did on the ladder back when we were the kind of noobs who thought that Summoning Portal had potential. In order to get an edge on the competition, we've dug out the strongest decks and strategies of that era.

What are the best Hearthstone Classic decks to try?


The most exciting part of this new mode is that we may even discover brand new decks. Remember, this was a time when deck trackers and third-party statistics just didn't exist, so players weren't quite as quick to crack the meta.

It remains to be seen whether there are any 'unicorn' archetypes we missed out on the first time around, but the top tier decks from the past serve as a good starting point. 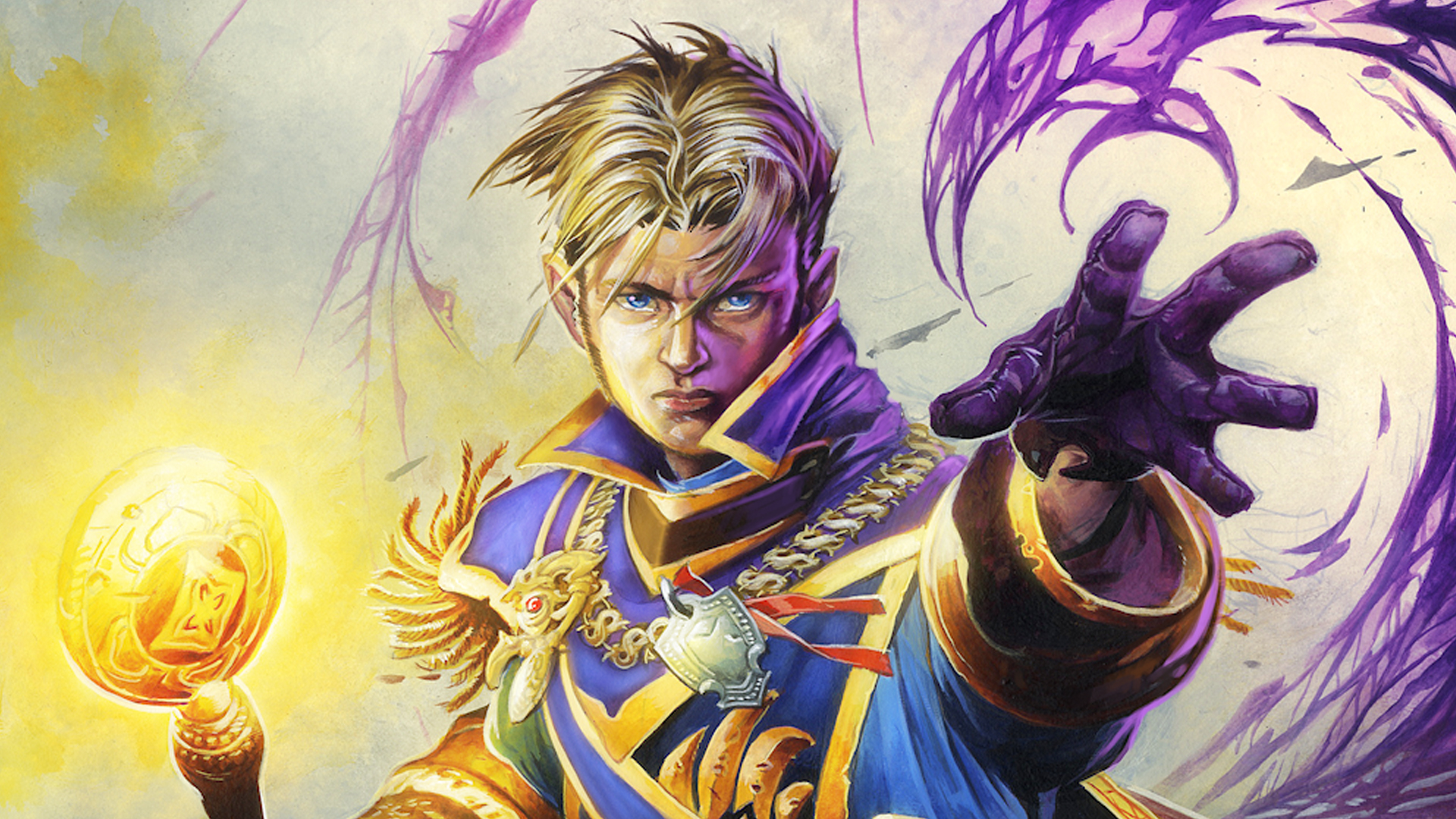 
Priest was not in good shape during the Classic days, as evidenced by not one, but two reworks of its evergreen set during the intervening years. Priest's odd mishmash of cards didn't enable a strong enough tempo-based approach and its crippling lack of a proper AoE removal spell made it difficult to rely on its inherently slow approach.

There's a reason why "I Hero Power your face and emote on turn two" endures as a meme, and Amaz was one of very few pros who managed to be competitive with the class. It's one of the slowest decks in the format, and therefore stands a good chance in Control mirrors but really struggles against everything else. Maybe we can find a way to refine the deck six and a half years down the line, but don't count on it. 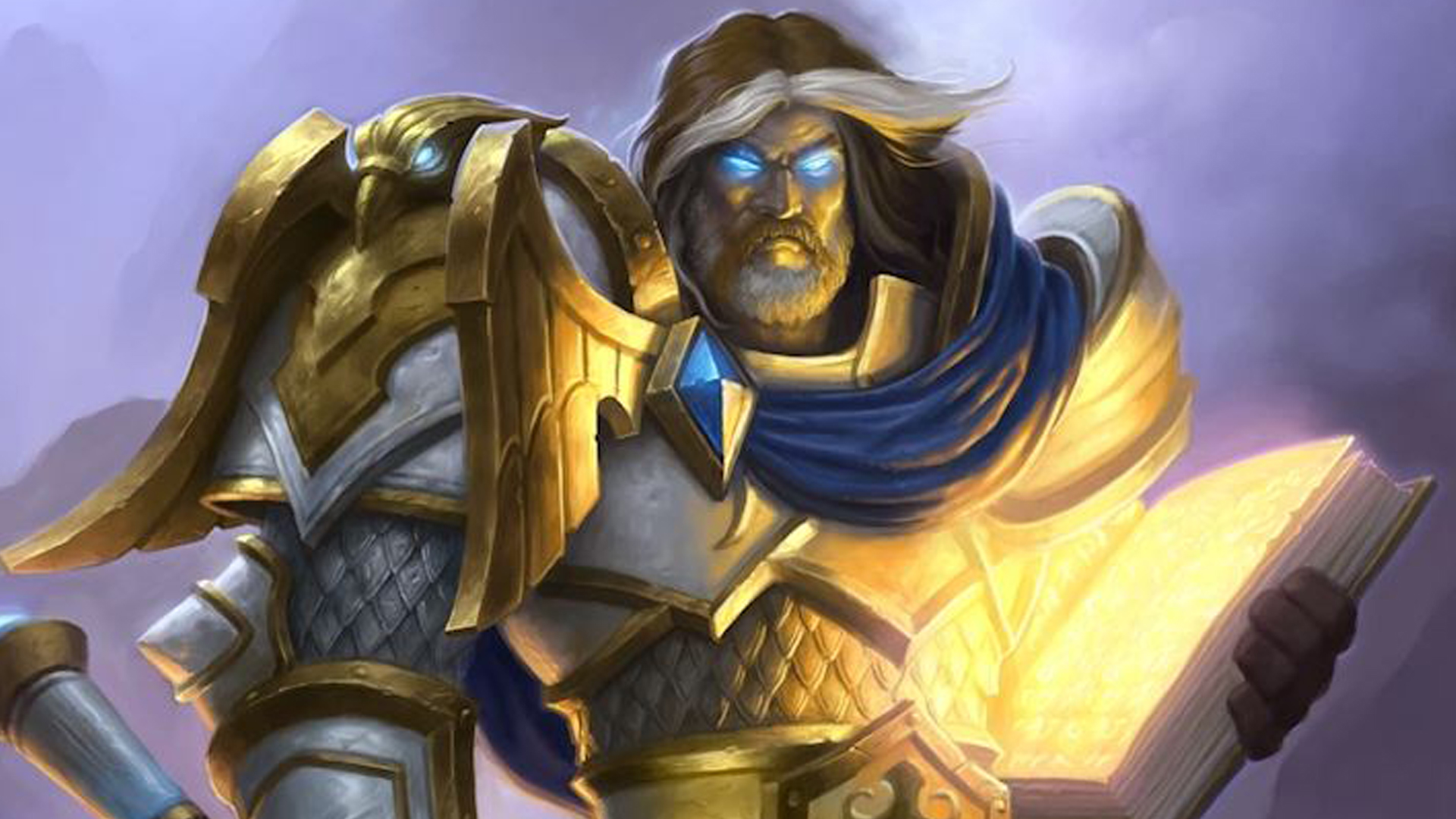 
Apart from meme options like hoping for Holy Wrath+Molten Giant combo as your finisher, Paladin both struggled for high tempo plays and closing out games. The class had a mixture of some of the best and worst cards in the Classic set. Truesilver Champion and Tirion Fordring were Uther's heavyweight champions, but lower down the curve there was a distinct lack of decent 1 and 2-drops, unless you really have your heart set on playing Argent Protector.

You can just about cobble together a Control Paladin deck, which is so slow that it can even outlast Priests in fatigue. This also offers an excellent matchup against Control Warrior and other archetypes aiming for the ultra long game. Sadly, even a 2-mana Equality isn't always enough to stave off aggressive decks.


There's also a brutally aggressive Shockadin deck which pushes a bunch of cheap trash at your opponent's face as fast as possible. While it can't hold a candle to Face Hunter, it can pull off surprise wins if your opponent mulligans for the slow, control matchup instead. 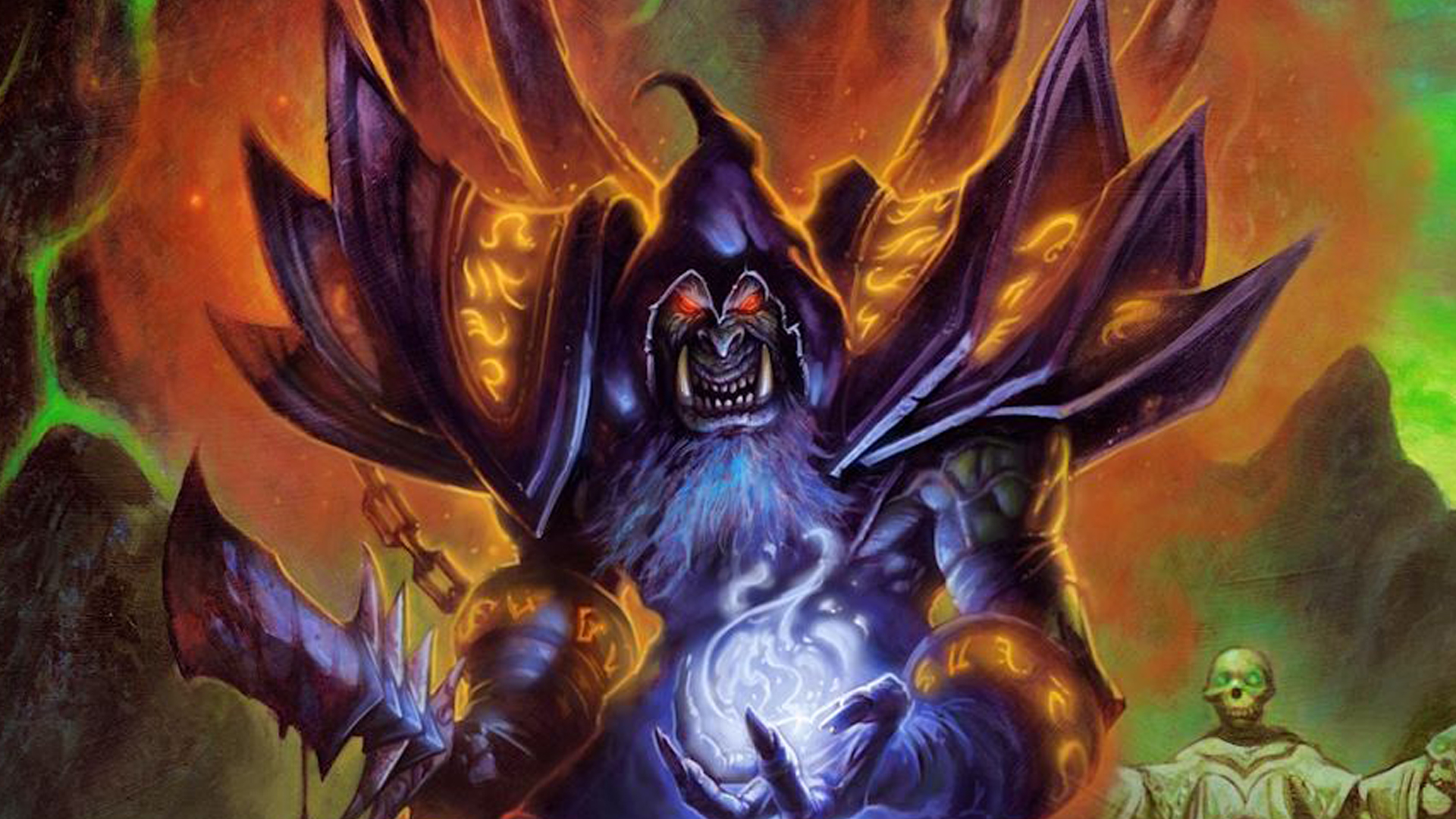 
Zoo and Handlock both came into existence at the dawn of Hearthstone, rapidly becoming two of the game's most iconic archetypes. Warlock's potency remains, resting on the shoulders of what's arguably the strongest Hero Power in the game: Life Tap.

As a Zoolock, you can fill the board with ultra-cheap minions knowing that you'll always be able to refill. The fast style of play also enables you to empty your hand before taking the Discard penalty from cards like Soulfire and Doomguard.


If you prefer to try and play the grindier, high-risk style of Handlock, you'll be using your Hero Power two or three times at the start of each game in order to fill your hand and make Mountain Giant cheap to summon. (Twilight Drakes serve a similar purpose, but pose less of a threat.) Making such a passive start inevitably means you'll take a bunch of damage against most decks, but the idea is to stabilise by hiding behind a wall of taunted Molten Giants when your health gets low.

If your opponent can't close the game out they will end up eventually facing Jaraxxus, or dying to the Leeroy plus double Power Overwhelming combo. 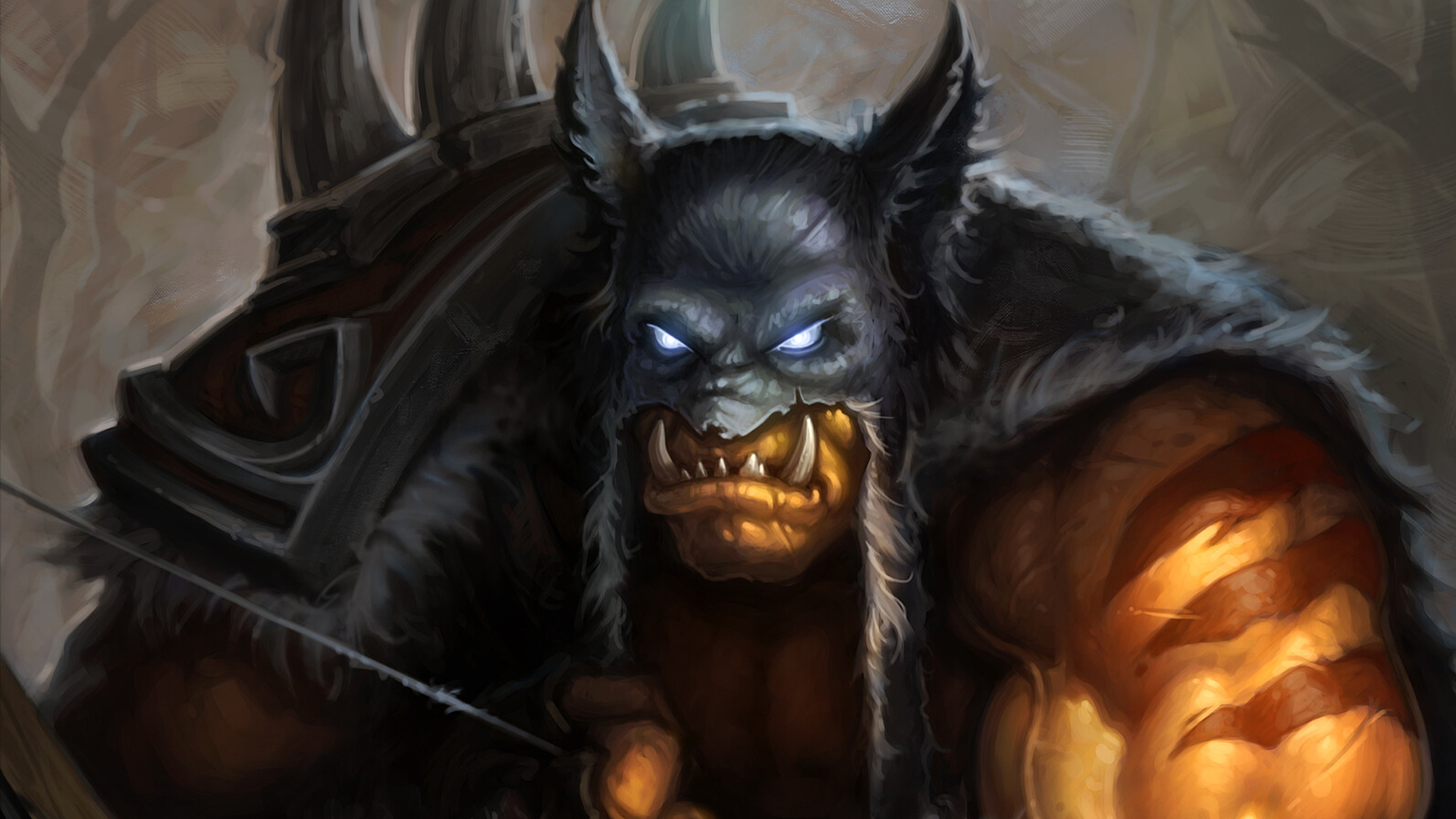 
The Classic format will still feature 2-Mana Starving Buzzard alongside 3-Mana Unleash the Hounds which means, provided your opponent has minions on board, you can always refill your hand really effectively.

Inevitably, expect a lot of players to try the OG Face Hunter when the format drops. It's not quite as simple as throwing all your damage upstairs and then finishing the game with Leeroy Jenkins, but it's not far off.


Alternatively, you can take Reynad's Midrange Hunter approach instead. This means that you'll play a little slower, but it's all for the ultimate turn six payoff of slamming Savannah Highmane. Both decks are perfectly viable—just keep in mind that as a Hunter you're almost always supposed to be the aggressor. 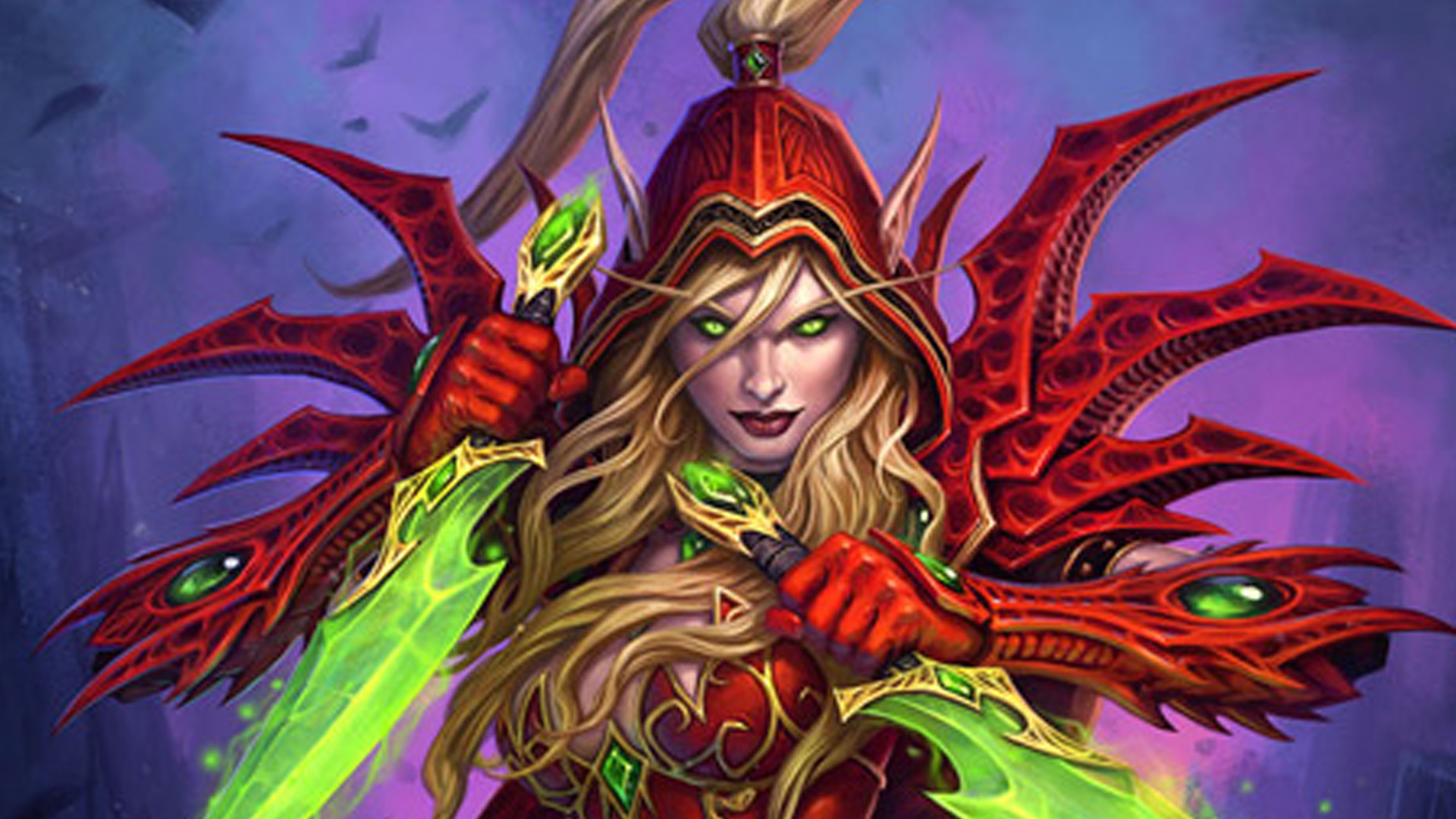 
This is the big one: The original Miracle Rogue, popularised by Kolento, and capable of dishing out 26 damage from nowhere if everything is set up properly.

If you currently hate the Dormant keyword, you'll be incandescent with rage over the repeated appearances of a Gadgetzan Auctioneer lurking in the shadows after being given Stealth using Conceal. Meanwhile, your task as the Rogue player is to save your Shadowsteps and Eviscerates in order to light up your opponent with devastating burst combos. Guess whether Leeroy plays a part. 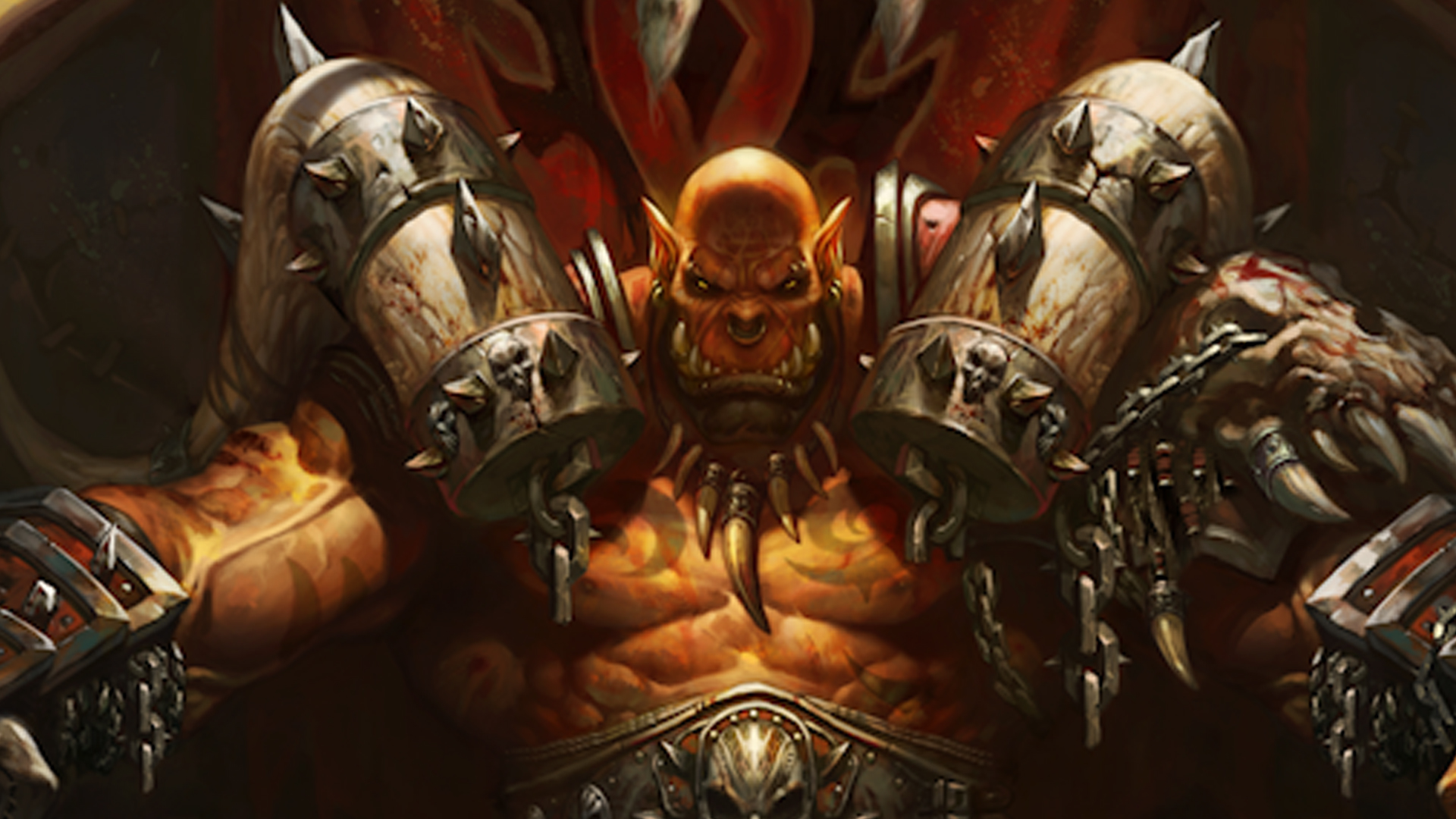 (Image credit: Blizzard)
Warrior: Control until you can wait no longer, or be the aggressor


Control Warrior didn't always send us to sleep. Back in the good old days, Warrior ended games by eventually playing Alexstrasza to bring opponents into range of Grommash Hellscream, providing a high drama payoff to all the minion removal and armouring up foreplay.


The control variant was Warrior's most popular deck at the time, but Reynad notably had a Legend-viable Aggro Warrior alternative that was far more aggressive. This build uses a lot of the usual aggro suspects such as Leper Gnome and Frothing Beserker, but even finds room for Nightblade. Probably the most important card in the deck though is Arcanite Reaper, which ends games if left un-oozed. 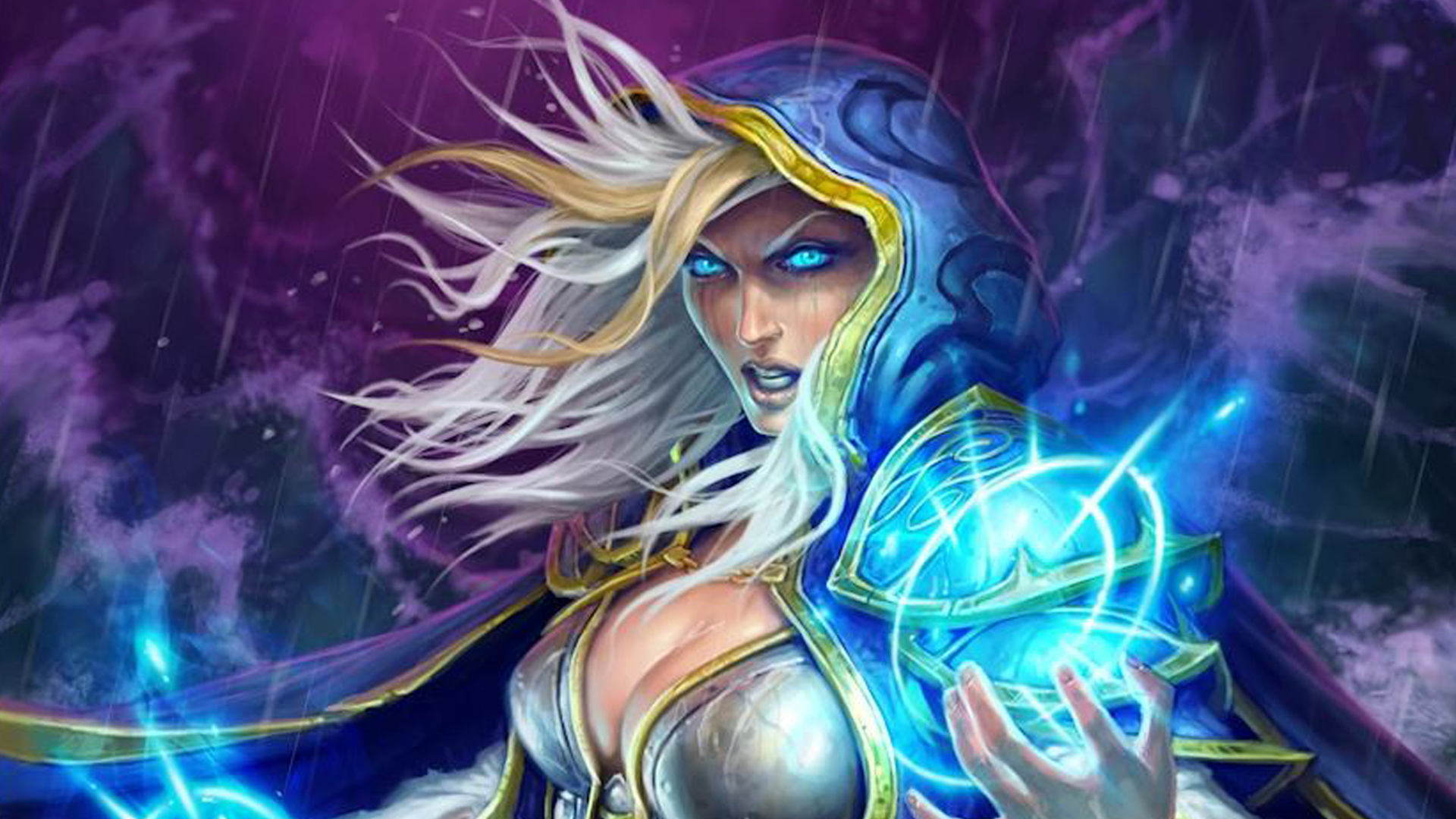 
Freeze Mage exemplifies a combo play style that's very hard to replicate in the current iteration of Standard (although Mozaki Mage does do giant amounts of burst). The idea is to stall the game for as long as it takes before playing Alexstrasza and then removing your opponent's remaining 15 health in one fell swoop with a flurry of spells. Understandably, this build immediately fails against Control Warrior because it can stack so much armor, but in the hands of a skilled pilot it was an infuriating powerhouse against many other classes.


Aggressive Mage decks were few and far between, but were still Legend-worthy back in 2014. 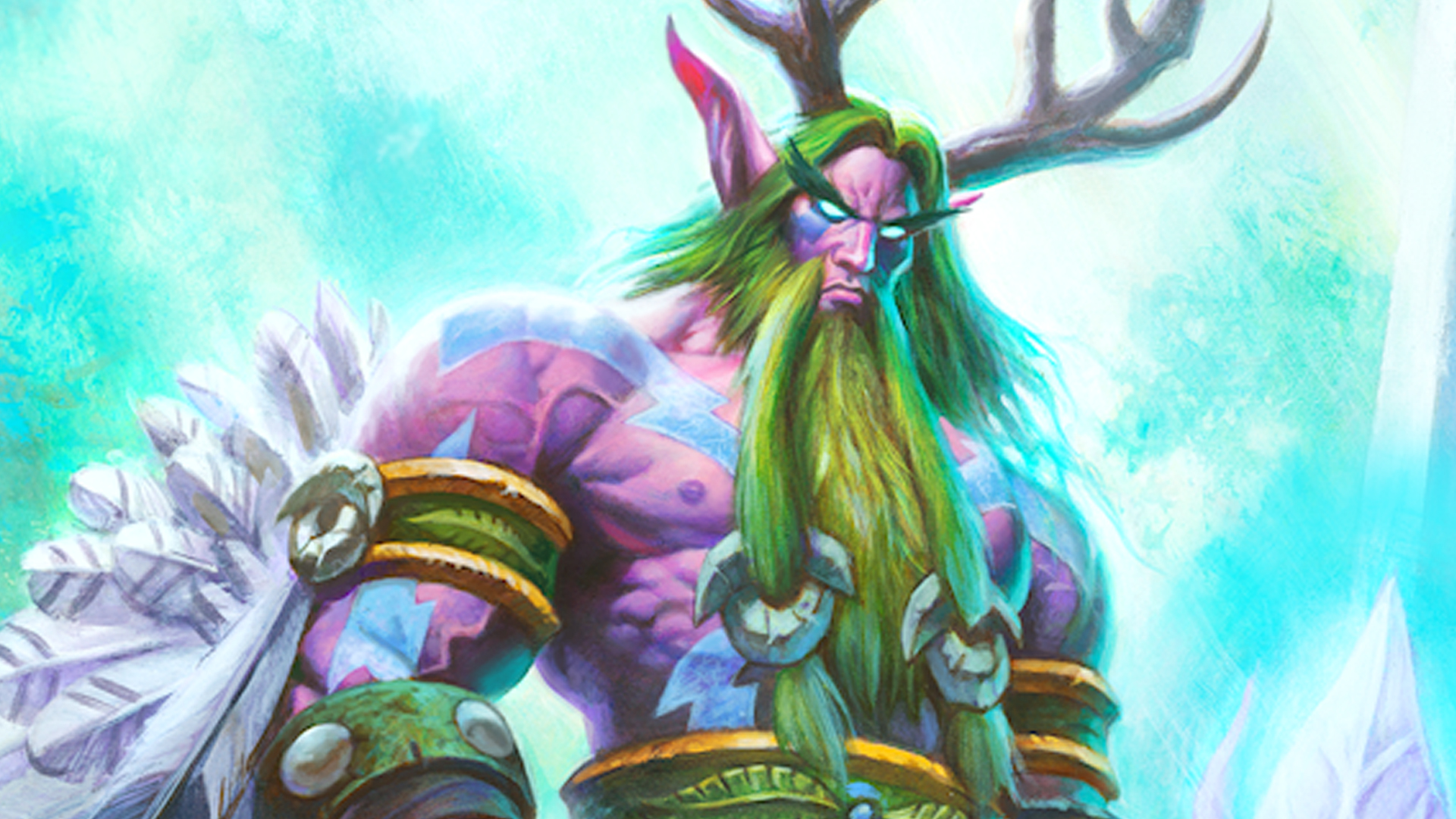 
The real star of Midrange Druid is the return of a very flexible 14-damage combo, and it only costs 9 Mana—which you'll be able to hit consistently thanks to pre-nerf Wild Growth and Innervate.

Previously, Force of Nature was a 6-Mana card that summoned three 2/2 Treants with Charge that died at the end of the turn. It was common to couple this with Savage Roar, which grants all friendly characters +2 Attack. So, the aim of the game for Druid players became to deal enough chip damage that their angry trees would be able to finish the job. Obviously, because the damage output of the combo scales according to how many minions are in play, board control becomes crucial.


If you'd rather stack your deck with massive minions like Ragnaros and play them uncomfortably early for your opponent to deal with, Ramp Druid is the way to go. Today, we'd probably crowbar at least one copy of the Force of Nature/Savage Roar combo into Ramp Druid as well. 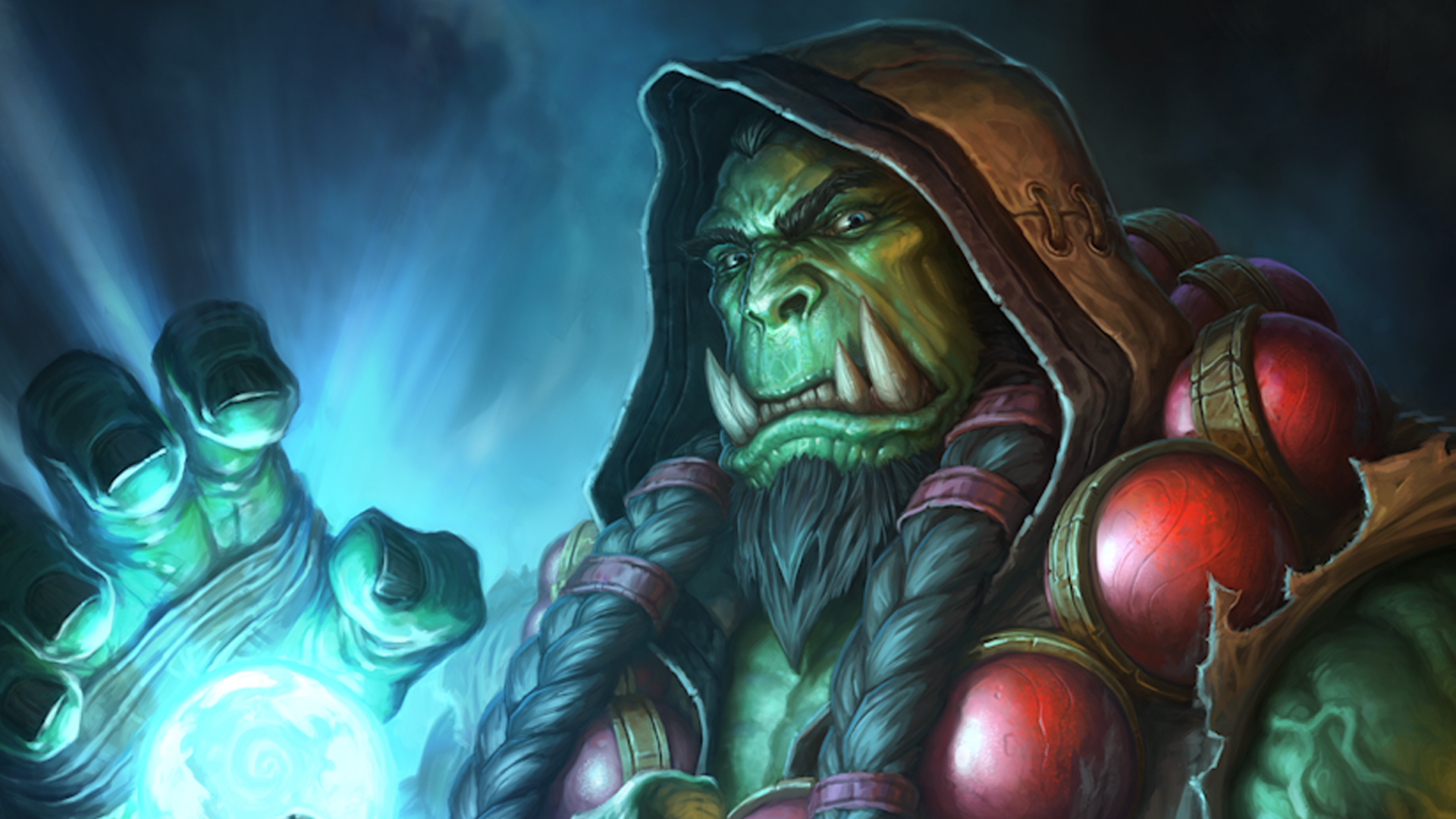 
Even in the Classic days, Shaman had issues. You could put together a half-decent midrange deck with a couple of late game threats, but Overload had no good synergies back then. As a result the tempo loss on the subsequent turn after you played the cards was often crippling.

If you're insistent on hanging with Thrall, Midrange Shaman is your best bet. This build encourages you to slowly grind for value until you can blow your opponent out of the game in a single devastating combo, using Rockbiter Weapon plus Doomhammer or Al'Akir. If you feel like other classes are better at the midrange game, well, you're not wrong—though this deck does have an excellent matchup against Warrior.