IQ Games Community
There's good news and bad news for gamers this week as the price of Ethereum has plunged, sending the profitability of the cryptocurrency favoured by GPU miners sharply down. The bad news is that even with a significant reduction in value, Ethereum remains a highly profitable crypto to hold onto and continue to mine.

The value of Ether, the actual currency of the Ethereum blockchain, is creeping back up and over $1,600 USD at the time of writing, a little bounce from a plunge under $1,400, and still down on February highs of over $2,000—a recent peak in the crypto's value. 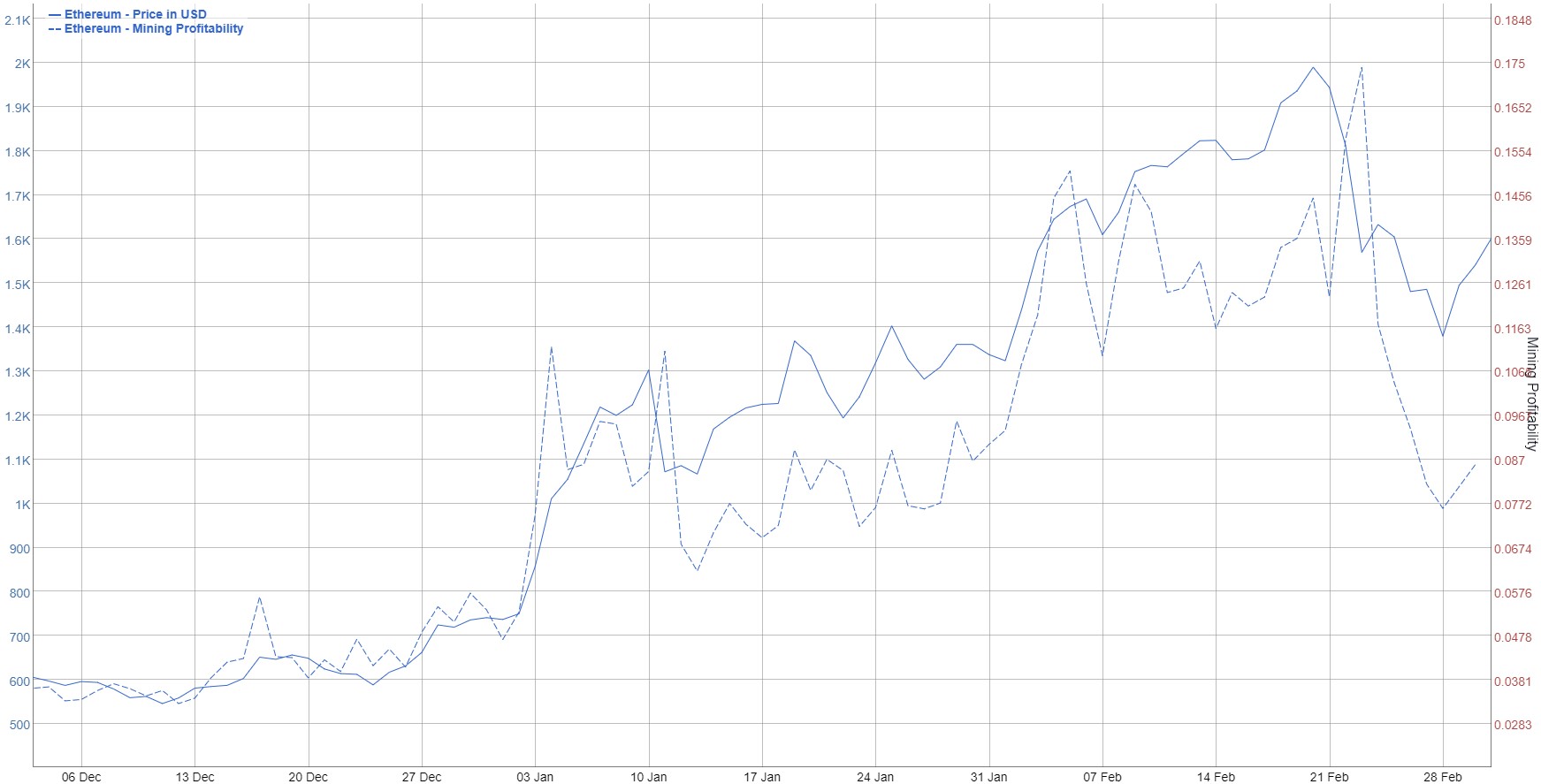 The value of Ether is likely to change considerably over the course of the next few hours, weeks, months, however—you really never know with most cryptocurrencies where they're going to be in a week's time, and they remain as volatile an investment as ever.

That plunge has seemingly had a larger impact on the profitability of the coin, however. More so than its value, too. That could be due to an increase in difficulty, an artificial limit on hash generation tied to the current overall hashrate of active miners.

The profitability of Ethereum mining, while on the rise slightly, has halved between February 23 and March 3 (via BitInfoCharts).

Although even while shaving of all that value in just a few days, there's still money to be made. And just like the value of Ether, profitability is gradually on the rise once more.

We've no idea where Ether will end up by 2022, but for now, it's still profitable enough to keep GPUs in high demand.